Everyone’s getting in on the act. 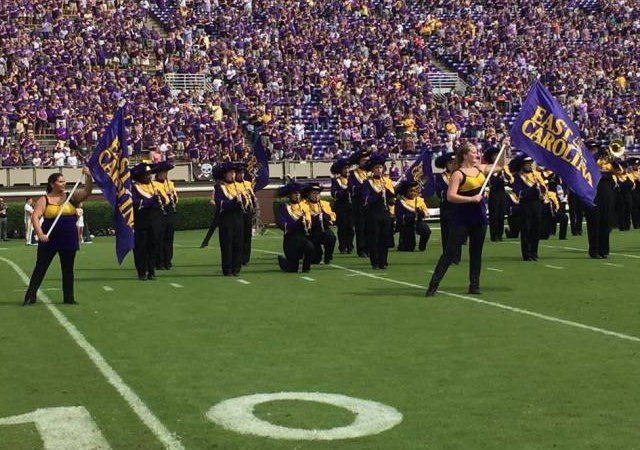 Disrespecting our national anthem is the trendy new thing to do and even members of school bands are doing it now, while they play the song.

Thousands of people turned out for the ECU game Saturday, but it’s not just what the players did on the field that has people talking.

The national anthem protest that has been critically famed across the country has made its way to ECU.

Nearly 20 band members knelt down during our national anthem while playing their instruments.

He said he only wants peace and hopes this makes a statement.

“There are other protests all around the country, including marching bands, and we thought that it’d be nice to show our solidarity with them and with the professional athletes who are risking their careers for this,” said Killian.

But not all agree with Joshua.

Many fans were upset by the protest.

They retaliated, by booing them off the field and every other time they performed.

It is NOT the Ice Bucket Challenge.

Professional athletes are risking their careers to protest the flag? Last I checked the media was cheering them on. It’s America’s military men and women who are risking their lives to protect the values espoused by the flag. I’d boo them off the field too.