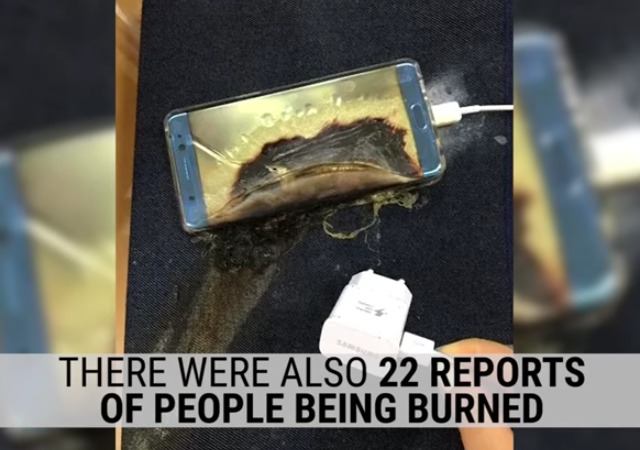 The Samsung Galaxy Note 7 smartphones cannot stop exploding. The first issues had so many fire problems that people could not bring their phones on airplanes. Samsung quickly made new ones, but it turns out these new ones also explode.

Now AT&T said customers can get another Samsung model:

The phone carrier, one of the biggest distributors of Samsung phones, said Galaxy Note 7 customers can return their phones for different models while Samsung and U.S. safety authorities investigate why several phones melted in the past week.

At least four Samsung phones have emitted smoke or caught fire in the past week, including one on a Southwest Airlines Co. flight before takeoff. It is unclear if the affected phones were Note 7 devices, and if the problems were caused by faulty lithium-ion batteries.

“We’re no longer exchanging new Note 7s at this time, pending further investigation of these reported incidents,” AT&T said in a statement.