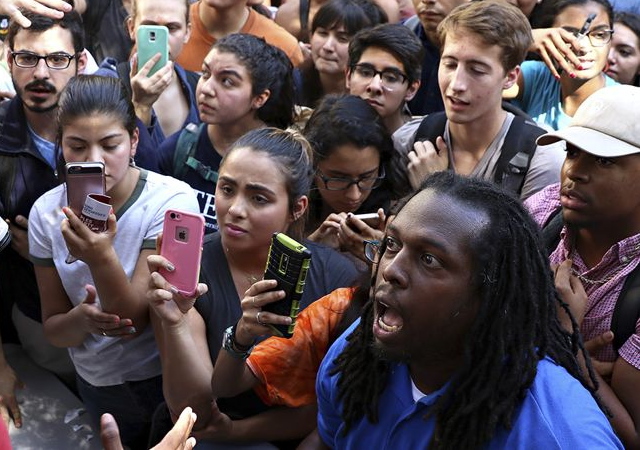 If you want to make the left go absolutely bonkers, just mock one of their sacred cows.

The university that has repeatedly defended the practice of affirmative action before the Supreme Court called a mock bake sale in which the prices of goods varied by the race of the customer “inflammatory and demeaning.”

A group of conservatives at the University of Texas, Austin held the affirmative action bake sale on Wednesday, drawing the ire of their fellow classmates and university administrators alike.

The students, who are a part of the Austin chapter of the Young Conservatives of Texas, charged Asian male students $1.50 for baked goods, in order to reflect palpable discrimination in university admissions against that demographic, while Asian females were charged $1.25.

White males were charged $1 per store-bought cookie, while white females came in at 75 cents, according to a picture of the bake sale’s menu. Black and Hispanic males were each charged 50 cents, while their female counterparts only had to cough up a quarter for a baked good. Native American students received free cookies.

The young conservatives said the purpose of the bake sale was to demonstrate the immorality of discriminating on the basis of race in any setting.

Local radio said the admin shut them down.

If the report is true that the Admin attempted / did shut this down, the group should immediately file a civil rights complaint for the University violating their right to free speech, as this is obviously a political commentary.

The only way this could more obviously be politically based free speech would be for the chapter to have put out a visible sign that literally read “we’re mocking the University’s stance on Affirmative Action by this bake sale.”

“The labeling of races and the different prices of each is unacceptable…” said Jarvis Dillard, a UT freshman and one of the students protesting the bake sale. “White males have privilege above all the other races.”

If the administration DID actually shut this down, the suit should continue until they get someone’s resignation or dismissal for the violation of their political speech rights. FIRST on that targeted list should be UT Vice President for Diversity and Community Engagement Dr. Gregory J. Vincent.

As a white male alumnus of The University, it is disappointing to see that I would only have to pay $1 while an Asian male would pay $1.50. What about my as yet unchecked white male privilege?

Liberals hoisted on their own petards….always a good thing.