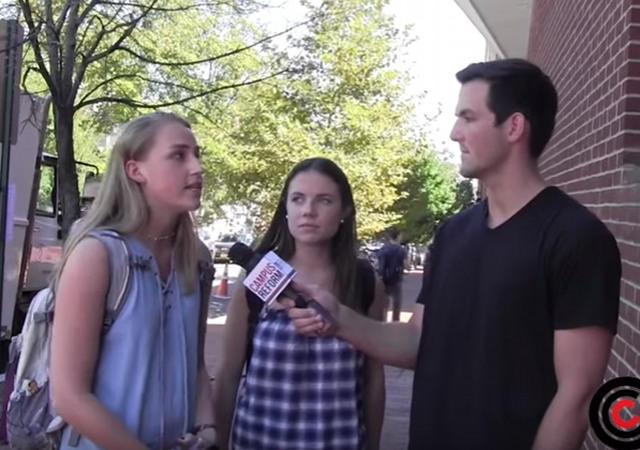 Campus Reform recently visited Georgetown University and asked students what they thought of the United States Constitution. You can probably guess how things went.

“People definitely take it too seriously, it’s not 250 years ago,” one student complained.

“It’s maybe not as important as it was when it was written… times have obviously changed,” concurred another.

Echoing the sentiment that the Constitution has lost relevance with age, another student observed that “when it was written, it was vague and using language we don’t really use anymore…”

Still another student opined that the document actually limits our nation’s potential, saying, “Our path-dependent reliance on the Constitution” limits many Americans from thinking “in more Utopian ways…”

…limits many Americans from thinking “in more Utopian ways…”

Actually, it doesn’t limit “thinking” at all. What it does is (hopefully) prevent the “thinkers” from shoving their “Utopian ways” down the throats of the rest of us without amending the Constitution. Or at least it should, and will continue to do so until that fifth Supreme Court Justice is appointed by Hillary and confirmed by the Senate.