He likes how they’re moving from “protests to progress.” 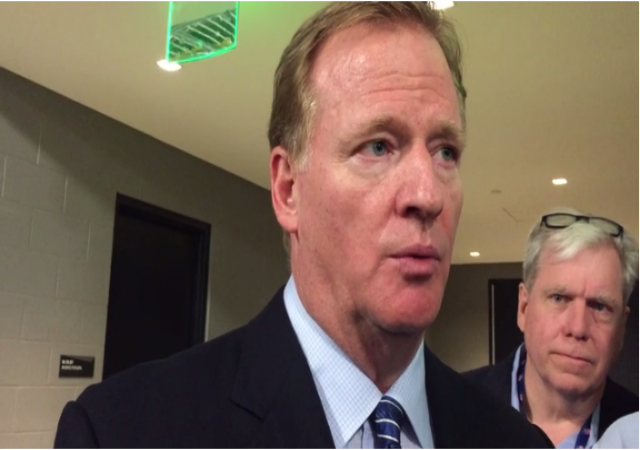 NFL Commissioner Roger Goodell has praised the NFL players who have chosen to take a knee during the national anthem. San Francisco quarterback Colin Kaepernick started the trend in the preseason, which has taken off across the country. He said:

“As I’ve said before, I truly respect our players wanting to speak out and change the community,” Goodell said at U.S. Bank Stadium before Sunday night’s game between the Minnesota Vikings and Green Bay Packers. “We don’t live in a perfect society. We want them to use that voice. They’re moving from protests to progress and trying to make things happen in the communities, and I admire that about our players [being] willing to do that.”

Kaepernick decided to protest the anthem to raise awareness over how police treat black people across America. Others, including players from the Miami Dolphins, have joined in the protest.

I bet he wears lacy panties too. Some leader….like Jug ears. All blow and no go.