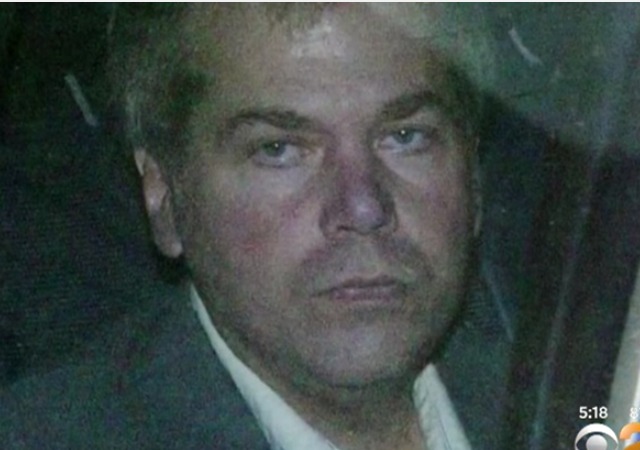 Back in July, U.S. District Judge Paul L. Friedman decided to release John Hinckley, Jr., the man who attempted to assassinate President Ronald Reagan, since he “no longer poses a danger to himself or others.”

Officials at St. Elizabeths Hospital in DC let Hinckley go this morning to live with his mother full time under certain conditions.

Hinckley desperately wanted to impress actress Jodi Foster so he decided to stalk President Reagan. He opened fire on the president on March 30, 1981. He shot President Reagan, press secretary James Brady, a secret service agent, and a police officer.

The jury found Hinckley “not guilty by reason of insanity.” This caused an uproar, which led the “government and 38 states subsequently rewrote laws to raise the standard of proof required for the insanity defense, which is now rarely used and is even more rarely successful.”

Judge Friedman gave Hinckley “partial leave” in 2013, which allowed him to visit his mother for 17 days a month in Williamsburg, VA. In 2015, doctors at the hospital urged officials “to grant him a form of permanent leave.”

Judge Friedman did just that, but Hinckley must abide by a few rules. For instance, he must “work or volunteer at least three days a week.” He will start out living with his mother, but after a year he can move out and live alone or with roommates.

Therapy is still a must for Hinckley:

For at least the first six months he’ll see his psychiatrist twice a month and he’ll have to attend weekly group therapy sessions. He’ll also see a therapist individually. He’ll return to Washington once a month to St. Elizabeths’ outpatient department to discuss his mental health and compliance with the conditions of his leave.

The state gave him a license in 2011, but the court said he can only “drive within 30 miles of Williamsburg by himself.” He can travel 50 miles if he has his mother with him, sibling, therapist, or social work. Once a month he can go into DC for outpatient meetings.

The court will let Hinckley on the internet, but he cannot research himself or his victims. Officials also forbid him from joining all social media platforms.

Once Hinckley gets settled in Virginia, he can register to vote.

Some have lashed out against the release:

“I don’t think that anybody who tries to nullify a national election with a bullet should ever been walking free, no matter what their mental state,” former federal prosecutor Joseph DiGenova said.

Hinckley’s longtime defense attorney Barry Wm. Levine called that “misplaced fear,” citing a lengthy court opinion based on medical experts who testified that Hinckley was stable and had been in remission for more than 27 years.

“If those people who have concerns were fully informed, they’d have nothing to worry about,” said Levine, who confirmed that Hinckley would leave the hospital Saturday.

St. Elizabeths Hospital confirmed that all patients scheduled for discharge have left the hospital on Saturday morning.

One wonders what he will do for a living. Probably the DNC, or the GOPe, or others have some ideas for contracting.

He’ll continue to be a ward of the state, I would think, along with his family, which have means as I understand.

Where do you come up with these fantasies…???

We’d better make sure that he doesn’t find out that obongo’s got a thing for Jodi Foster…….just sayin’!

This is one of the original special snowflakes, a murderous rich kid whose family has done everything in their power to protect him from the consequences of a horrific offense. IIRC, his father is deceased and his mother very aged. One has to wonder what kind of supervision he will have, once she passes.

Ever wonder how close HW, with his oil interests, was to the Hinckley Family?

No. Why don’t you and the nutters of the fringe right investigate that for us.

He’s not in remission and he’s not “cured”. They just don’t know what to do with him since they can’t fix crazy so they’re going to inflict him on the rest of us.

he should have been put to sleep 34 years ago, just like any other rabid animal.

And John Lennon’s assassin is not.
“Imagine”