Student wanted to show what his ancestors went through. 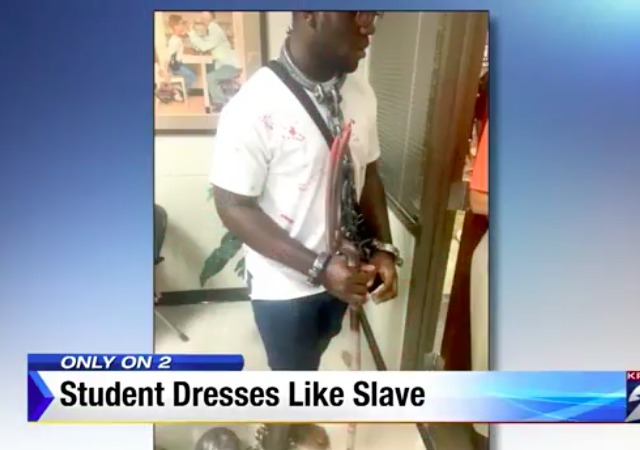 In Missouri City, TX, Ridge Point High School officials made Brian Ibe change out of his slave costume for spirit day. It sounds horrible, but Ibe wanted to commemorate the suffering his ancestors endured:

Ibe said he wanted to recognize the plight of his ancestors, but school administrators weren’t on the same page.

“They told me to take it off,” Ibe said. “They said I should take it off before it starts problems and makes people uncomfortable.”

Ibe ended up changing out of his costume to avoid an in-school suspension.

While he admitted some people might find the outfit offensive, he said it’s part of United States history and there is no reason to cover it up.