Officer Drives Grieving Man Over 100 Miles to Join His Family

Officer Drives Grieving Man Over 100 Miles to Join His Family 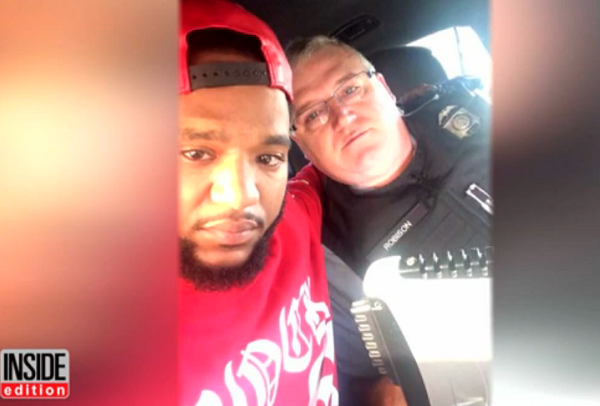 This is the kind of story that restores my faith in humanity.

At 3 a.m., Mark Ross learned his 15-year-old sister had just been killed in a car wreck. Stunned and shocked, and without a car, he convinced someone he knew to drive him from Indiana to Detroit.

It was a risky proposition. The man had a suspended driver’s license, but Ross begged him. They were speeding down an Ohio highway when, sure enough, they were pulled over by the state highway patrol.

Ross also had an outstanding misdemeanor warrant. But instead of going to jail, he ended up being driven more than 100 miles by Sgt. David Robison, who prayed over him and delivered him to a Detroit coffee shop where Ross’s cousin came to get him.

“It was just so overwhelming,” Ross told InsideEdition.com Monday. “They were trying to help us.”

At 3am I got a phone call stating that my sister had been killed in a car accident due to some young dumb punk! I haven’t slept and instantly got on the road. Of course we were speeding, trying to get back to Detroit. And we got pulled over in Ohio. I knew I was going to Jail due to a petty warrant. The police called Wayne county and they refused to come get me because of the distance. I explained to the officer that my sister had died and that I needed to get to my mother asap. I broke down crying and he saw the sincerity in my cry. He REACHES OVER AND BEGAN PRAYING OVER ME AND MY FAMILY. He offered to bring me 100 miles further to Detroit because they towed the vehicle. Everybody knows how much I dislike Cops but I am truly Greatful for this Guy. He gave me hope

It doesn’t get much better than that.

i love these stories, too, snopercod. This one brought a tear to my eye.

Black lives meets Blue lives the way it should be.