“A hodgepodge, a rambling, disconnected, choppy series of references to past events” 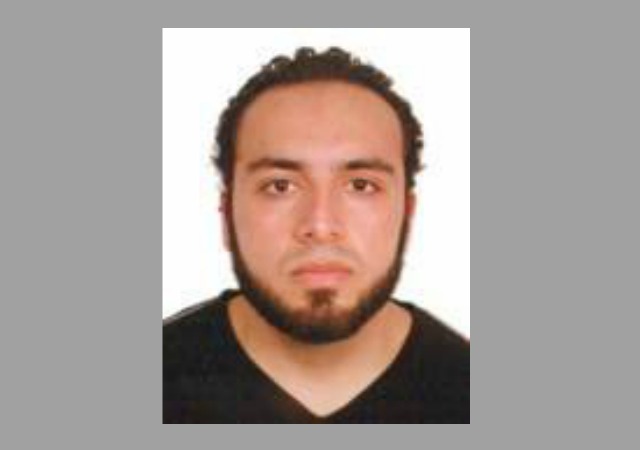 According to NBC News, the letter also mentioned other terrorist attacks like the Boston bombing.

It was “a hodgepodge, a rambling, disconnected, choppy series of references to past events,” a law enforcement official said.

NBC News has not yet confirmed details on when or where the note was found.

The revelation that Rahami left a note came Tuesday, a day after the search for the 28-year-old suspect ended with a gun battle in Linden, New Jersey. The suspect and two police officers were wounded in the shoot-out.

Like terrorist attacks prior to this one, individuals close to the suspect contacted authorities years ago, alerting them Rahami might be into terroristy things. In this case, it was Rahami’s father.

Two years before the bombings that Ahmad Khan Rahami is suspected of carrying out in New York and New Jersey, his father told the police that his son was a terrorist, prompting a review by federal agents, according to two law enforcement officials.

The father, Mohammad Rahami, in a brief interview on Tuesday, said that at the time he told agents from the Federal Bureau of Investigation about his concern, his son had just had a fight with another of his sons and stabbed the man, leading to a criminal investigation.

It is not clear if officers ever interviewed Ahmad Rahami, but as investigators turn their focus to what might have motivated, inspired or led him to plant bombs in Chelsea in Manhattan and on the Jersey Shore, new clues are emerging indicating that he may have been increasingly receptive to extremist ideology.

Despite knee-jerk claims that Rahami is yet another “lone wolf” who was at some point mysteriously radicalized into committing crimes that don’t speak for the whole of Islam, five other individuals were detained in relation to the Chelsea bombing.

I’m sure the AG will tell us that it will be difficult to ascertain the alleged bomber’s reasons for doing it.

“It was “a hodgepodge, a rambling, disconnected, choppy series of references to past events…”

Funny, it sounds just like the democrat media when they lie about news stories.

Cripes…!!! When you see a guy traveling to Pakistan, Afghanistan, or the like, take it the FLUCK as a sign!

Wait! De Blasio said that “We don’t know if it was terrorism or not”. Well Bill, the next time you see a pressure cooker with a cell phone attached to it run like hell because it ain’t dinner!

Naw, don’t run billy, that call is for you.

They keep looking for a “foreign “link and when there is no 15 red flags they claim they could not find any and he was “radicalized” over the internet. The truth is that the nexus for all these domestic and most of the foreign attacks is the local mosque which is directly in communication with Mecca and Tehran. Every mosque is a command, operation, and financial center that coordinates attacks.