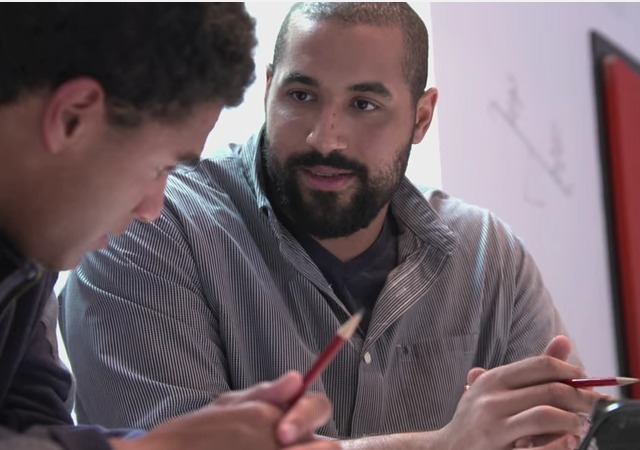 But it’s actually not that surprising:

He earned his bachelor’s degree in three years at Penn State and spent his senior year working on a master’s degree in mathematics, while being paid by Penn State to teach Integral Vector Calculus Trigonometry.

He won the “Academic Heisman” in 2013, an honor given to college football’s top scholar-athlete.

MIT accepted him during the offseason:

Starting my PhD in math at MIT this offseason!!! pic.twitter.com/vjcSctVx9i

He told the American Mathematical Society that reads about math when he travels on his road games, but can separate his schoolwork from his full time job.

“If I’m thinking about math on the football field, this is going to get me killed,” he told AMS.