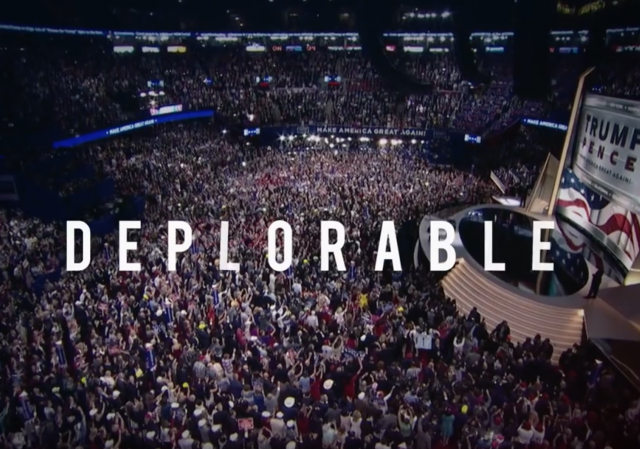 Clinton eased into racist waters by first addressing the scourge of the alt-right on Republican politics and more prominently, the Trump camp. There, she was sort of right. But she broadened her scope a might bit too far in her latest but teh racists!™ rant.

Naturally, the people of internet are engaged in uproarious outrage over Hillary’s deplorable-basket-Trump-voters-are-racist tirade.

Probably one of the best if not THE best ad to come out of the Trump campaign thus far.

I was talking to some liberals today – working people – and even they were embarrassed about “Deplorables”.

That’s because not all liberals are full blown crazy enough to fall into this progressive social justice crap hole.

They’ve just been lumped in with them for voting purposes and the chickens may came home to roost on the “inclusive” (read as vote whoring) party.

A tisket a tasket, a GREAT BIG yellow basket?