Man Who Shot At George Zimmerman Guilty On All Charges

Man Who Shot At George Zimmerman Guilty On All Charges 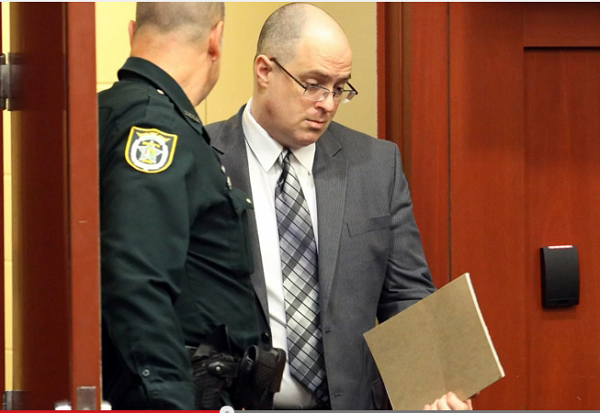 Matthew Apperson, the man who attempted to shoot George Zimmerman in the head, has been found guilty on all charges, including attempted second degree murder.   As LI’s own Andrew Branca explained, not only did Apperson’s reports sound fishy, but he had a checkered past that involved threats to “shoot someone.”  Apperson will be sentenced next month and faces a 20-year minimum mandatory sentence.

A jury found Matthew Apperson guilty after officials say he shot at George Zimmerman in a road-rage incident in Seminole County.

The jury reached the guilty verdict on all charges, including attempted second-degree murder, shooting into an occupied vehicle and aggravated assault, after more than four hours of deliberations.

Apperson will be sentenced on Oct. 17 at 9 a.m. He faces a minimum mandatory 20-year sentence.

Florida Today provides a brief overview of the incident.

Zimmerman said that the gun was pointed directly at his face and that he saw blood on his eyelashes and figured he had been hit, but he was struck by shattered glass, not a bullet.

Apperson said on the stand Thursday that he was on a quick trip to the convenience store during work to grab coffee when the incident unfolded.

“I was in the right lane of the road. I noticed in the left lane there was a truck matching my speed and keeping up with me and it seemed odd,” Apperson said. “I saw the driver lean over to look at me. He says, ‘Hey, don’t you know who the (expletive) I am?’ I realized at that moment. Took me a couple of seconds this is George Zimmerman.”

Apperson, however, had been (excuse the pun) gunning for Zimmerman for months prior to the incident according to local police.

A police report said that Apperson had a fixation on Zimmerman. Months before the shooting, Zimmerman and Apperson were involved in another road rage incident in which Apperson claims Zimmerman threatened to kill him.

Apperson’s attorney said that is why his client felt the need to defend himself during the second incident.

The full trial can be viewed here (in four parts), and Andrew’s magnificent coverage of all things Zimmerman can be read here.

I live in Central Florida and we would all like to get beyond mews about George Zimmerman. This idiot comes along and we have to see more of George. I hope the judge throws the book at Apperson to warn any other idiot who wants his or her 15 minutes of fame off of George Zimmerman!

The two things to remember about ANYTHING you hear or read about George Zimmerman post Trayvon are:

1. No Leftist, including the media and a good percentage of cops, will ever report an incident involving him honestly.
2. He’s now considered fair game for anything anyone wants to try, from pushing him into incidents like this one where he might have to defend himself again, to false domestic violence reports, because that same Leftist horde in #1 will help find him guilty. They only have to be lucky once.

Too bad for you. I can’t get enough.

Matthew Apperson should have bought a copy of Andrew Branca’s book.