“Dr.” O’Keefe wanted to find out about Hillary’s health. 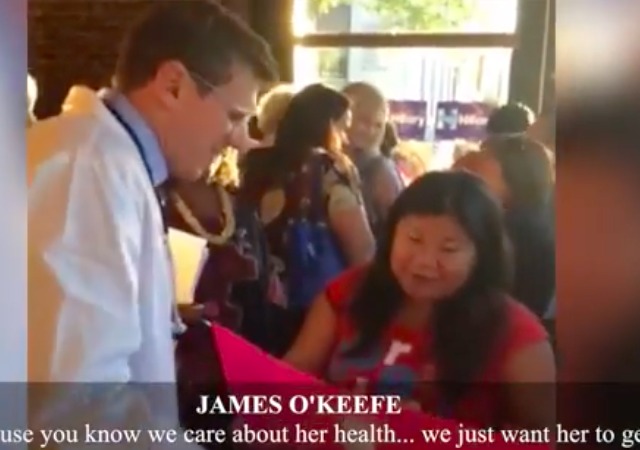 James O’Keefe posed as “Dr.” O’Keefe at Hillary Clinton’s Westchester, NY, campaign headquarters to find out what the staffers had to say about Hillary’s health. He even brought her a get well card.

Surprisingly, no one recognized him even though he used his real name and even said he called his practice the Veritas Project.

The staffers told him that Hillary is feeling much better and they believe she has really good doctors taking care of her. One acted a tad suspicious, but didn’t do anything.

Definitely not a good move.

I generally like his work but I have to draw the line here. Impersonating a doctor, policeman, military officer, fireman, etc. makes him look like something somewhere between a total jerk, and an outright criminal.

I’ll give him the benefit of the doubt and consider him a total jerk.

He also discovers nothing of value. The Kigmees on the staff aren’t privy to what the hell’s going on. Hillary has no conception of what the word “security” means, but that doesn’t mean that they’re all totally stupid about how to keep a secret.

Who? Never heard of him.