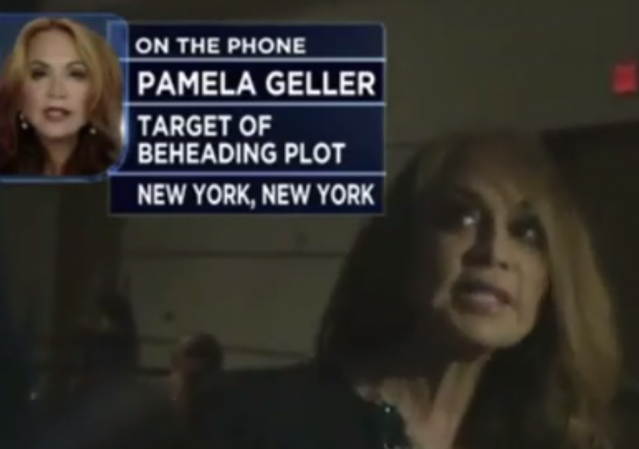 BOSTON — A Rhode Island man charged with conspiring to help the Islamic State group has decided to plead guilty to charges he plotted with others to kill conservative blogger Pamela Geller.

Nicholas Rovinski is charged with conspiracy to provide material support to a terrorist organization and conspiracy to commit acts of terrorism transcending national boundaries.

Prosecutors say the Warwick man plotted with two Massachusetts men to behead Geller. She angered Muslims when she organized a Prophet Muhammad cartoon contest in 2015. The plot wasn’t carried out.

A document filed in court Tuesday says a change-of-plea hearing for Rovinski is scheduled for Thursday.

Rovinski’s lawyer said Rovinski was a vulnerable man who “fell deep into a rabbit hole of extremist ideology” but now renounces any sympathy for the IS group.

Oh, now that you’re caught, you’re sorry? Piss off you pathetic loser. I hope you get 15-20 years in the joint. Hopefully, you will also be giving up the ring on a continual basis.