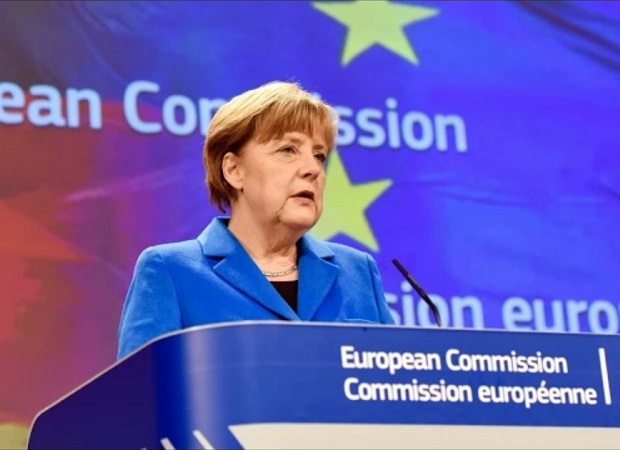 Ahead of this week’s EU summit in Slovenia, German Chancellor Angela Merkel, already suffering from low popularity at home, looks more isolated then ever at the European stage. Having backed Chancellor Merkel at the beginning of the Migrant Crisis last year, Government of Austria has long distanced itself from Berlin’s liberal stance on migrant influx into Europe. However, what worries Berlin today is the emerging alliance between Austria and the Central European countries of Hungary, Poland, Slovakia and Czech Republic — also referred to as the Visegrad group.

Prominent German newspaper Die Welt viewed the new development with concern. “Should the five [countries] were to act in concert, this would create a new political power centre in Europe,” Die Welt noted. This new rival block could pose a serious challenge to German-French dominated “European Project”.

Most Visegrad member states have been against Merkel’s liberal Migrant Policy right from its onset. Hungary’s Prime Minister Viktor Orban remains the most vocal opponent of Merkel’s Brussels-backed pro-migrant stance. “Europe’s biggest problem at the moment is naivety.” Prime Minster Orban said while talking to reporters earlier this week. “[EU’s] migration policy is based on naivety and that’s why we are in huge trouble today.”

German press mockingly referred to this emerging alliance as the “little Habsburg”, alluding to the powerful Habsburg Monarchy that until early 2oth century ruled Austria along with the parts of Central Europe and the Balkans. Berlin-based newspaper Die Welt writes:

Austria’s potential next President could reach an understanding with Czech Republic, Poland, Hungary and Slovakia on the question of refugees. Austria and Visegrad states are proponents of a massive shutdown of [European] borders. (…)

We might possibly see a complete changing of gears by Central European states at Friday’s [first] post-Brexit EU-Summit in Bratislava. At the beginning of the week, when left-populist Czech President Miloš Zeman received Austria’s Presidential candidate Norbert Hofer (FPÖ) at Prague Castle, the whiff of the faded [Habsburg] monarchy wasn’t actually in the air, but there was one topic on which both Zaman and Hofer were totally in agreement: On the migrant issue.

The unity between both politicians has a concrete reason: Both Zeman and Hofer want a massive shutdown of their border to the refugees. Just like the governments in Hungary, Poland and Slovakia. [author’s translation, DIE WEL; September 2016, 14]

Austria and Central European Visegrad countries not only share a common history, but also have populations hold strong Catholic beliefs. Despite Pope Francis’s support for EU’s migration policy, Church and the clergy of these countries have been out-spoken critics of uncontrolled migrant influx mainly from Muslim countries.

On Sunday, Vienna’s Archbishop, tipped by many to be the next pope, described the mass migration as an ‘Islamic invasion of Europe’. Archbishop of Vienna Cardinal Christoph Schönborn asked for God’s mercy on the nations of Europe who “are in danger of forfeiting our Christian heritage.”

“Will there be an Islamic conquest of Europe? Many Muslims want that and say: Europe is at the end,” Cardinal Schönborn said while speaking at an event marking 333rd anniversary of Christian victory over the Turkish-Muslim armies at the Battle of Vienna in 1683.

Despite a string of defeats at regional elections, Chancellor Merkel has not given up on her hopes of running for another term in next year’s general elections. Apart from the new entrant AfD party, no other political party in Germany is willing to challenge Merkel’s uncompromising ‘Refugees Welcome’ stance in the electoral arena. Despite near-daily ritual murmurings from Merkel’s collation partners, Centre-Right CSU and Socialist SPD, both parties nevertheless chose to stay in her government and execute her policies.

Undeniably, Merkel has diehard fans within the taxpayers-financed EU bureaucracy, Liberal elites and the mainstream media, but after 11 years of Chancellorship she has lost the genuine admiration and broad support she once commanded at home and on the European stage.

Over the course of my lifetime, the rise of Poland as dominant power has been interesting to watch.

I agree, and I think the Poles have it right on LOTS of issues.

As I said the other day, my esteem for them grows and grows.

The German’s should just get rid of their left wingers and leave the European Union to re-establish their national sovereignty and pride.

Obama and Clinton’s legacy from social justice adventurism has been fatal for people in Syria, Libya, Ukraine, etc. and is a progressive problem in Germany, America, etc. This isn’t South Africa. It’s not even Serbia. It’s certainly not an abortion chamber protected by the State-established Pro-Choice Church. They cannot sustain the coverup of consequences from their anti-native policies.