“It was stupid. I feel ashamed that I did it.” 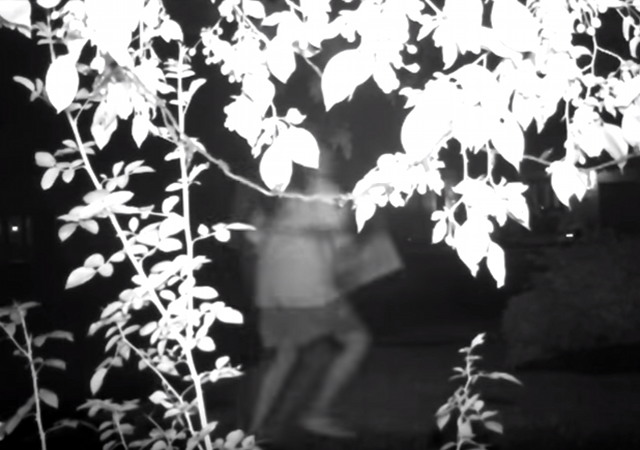 A former college administrator was caught stealing a man’s Trump lawn signs in Amherst, NY when the homeowner put up cameras to catch the thief in action.

If anything, the 2016 presidential election has been divisive, for the candidates and for voters.

And so, when several Donald Trump campaign signs went missing from Charlie Tulumello’s front yard, he assumed it was just neighborhood kids playing a prank.

Never did he think the thief was a former administrator at a local college, and a PhD in his 60s.

After the thief struck twice, Tulumello decided to place a pair of trail cameras on trees in his front yard to catch any overnight action.

Three times, a man — and twice with his dog — walked onto Tulumello’s property and ripped a total of seven signs out of the ground.

“My wife was very uneasy at night,” Tulumello said. “And if you’ll notice, changed the camera around for the other angle, I put the special sign up there trying to warn these people. Didn’t work. This fella just kept coming.”

Tulumello tracked him down, quickly realizing he was his neighbor, living just a few blocks away. He then handed over all the evidence, including the videos, to Amherst police, who promptly made an arrest.

In addition to the one I posted in the reader forum, in this one the Trump supporter added a little electricity to the sign. Neighbor was pushing a stroller no less when he decided to come back and try to steal the sign.
Thief wannabe is now dealing with charges according to the description.