FBI Creating Database of Police Use of Deadly Force

FBI Creating Database of Police Use of Deadly Force

What can go wrong? 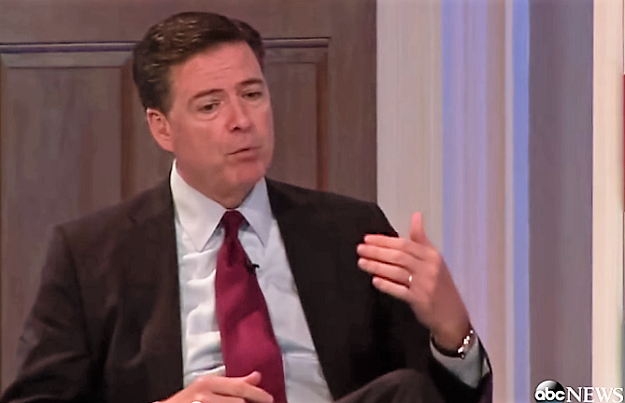 The FBI has come up with a way to track all instances in which the nation’s police use deadly force, and their new database is expected to be ready for launch within two years.

From the Chicago Tribune:

The FBI will have up and running within two years a database that tracks instances of police use of deadly force, FBI Director James Comey told lawmakers Wednesday at a congressional hearing that reflected the sustained political interest in the Hillary Clinton email investigation.

The database is intended to capture how often police officers kill citizens in the line of duty and to correct a record-keeping gap that Comey said has resulted in uninformed conversations, based on anecdotes and not facts, about use of force. Demands for more complete records have grown in the past two years amid a series of high-profile deaths at the hands of police officers.

“Everybody gets why it matters,” Comey said of the planned database at an oversight hearing of the House Judiciary Committee.

Let’s just hope there aren’t any of those pesky “leaks” to Democrat operatives and groups.

Absolutely. My concern is the way that supposedly private IRS records ended up in DNC hands, complete with Tea Party persons and groups who were then targeted not just by the IRS but by everyone from the FDA to the EPA and beyond. The FBI knowing what cops are doing is one thing, that information being leaked to BLM is another. We thought NLRB “protests” in front of private homes were bad? Just wait until BLM gets a list of cops who’ve used deadly force in the course of their careers.

When government fails as badly as ours has, we have reason to be concerned about where information turns up.

I can’t see ANY need to collect the kind of data you suggest could be let out.

Just how, where, when, and what agency. That’s it.

Comey’s announcement of this database was a throwaway statement made during Congressional testimony regarding Hillary emails. Well, if Comey makes throwaway comments without reflection or purpose. I’m sure we’ll learn more in the coming years.

In the meantime, I wouldn’t approve any Executive agency amassing any new lists of any kind. But then, I distrust those … erm, people a great deal more now than I did as recently as ’08. In ’07, I hear about an FBI database of cops who use deadly force during the course of their professional lives, and I’m on board. Now . . . ? Color me concerned on a number of levels.

Oh, and speaking of lists, did you see Trump say that banning those on a “no-fly” or “terrorist watch list” from owning a gun is totally reasonable and a good plan? Sure, he says he wants to make it easier to get off the list, but considering most people have no idea they are on it until they try to fly (or one day, to buy a gun), that’s little comfort.

Wul, yah. T-rump is an idiot, and an ANTI-constitutional, ANTI-civil liberties Collectivist thug.

As I may have said…

Of course I trust the FBI not to deliberately leave out instances of white people getting shot…. or add extra incidents involving minorities. I mean look at their absolute integrity investigating Hilary…..

Now if I can just find that crowbar to get my tongue out of my cheek in time for dinner….

When the Police use deadly force it’s not a secret. It’s covered by the media. Why waste FBI resources to keep records of something you could probably Google?

Except it isn’t, when the shootee is a white male.