Construction starts on The Great Wall of Calais

Construction starts on The Great Wall of Calais

Will it become a tourist attraction like The Great Wall of China? 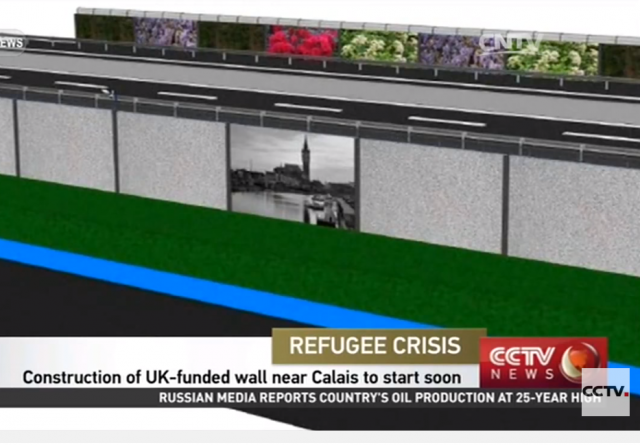 The port of Calais in France is the gateway to Britain. And it’s been the scene of repeated riots at a large migrant encampment called The Jungle.

So Britain is funding a wall to prevent migrants from sneaking onto trucks heading for Britain.

The barrier – dubbed The Great Wall Of Calais – will run for nearly a mile along the main motorway to Calais and is being paid for by British taxpayers.

The wall is being built within a few hundred metres of the so-called ‘Jungle’ migrant camp, which is now thought to house more than 10,000 people.

It has been reported that it will cost £1.9m to build, and it is intended to add another layer of protection against attempts to stow away on vehicles as they approach the port heading for Britain.

It is due to be completed by the end of the year, replacing the wire fences that are already there.

It’s not clear how much longer The Jungle will be around anyway, as the French have plans to bulldoze it.