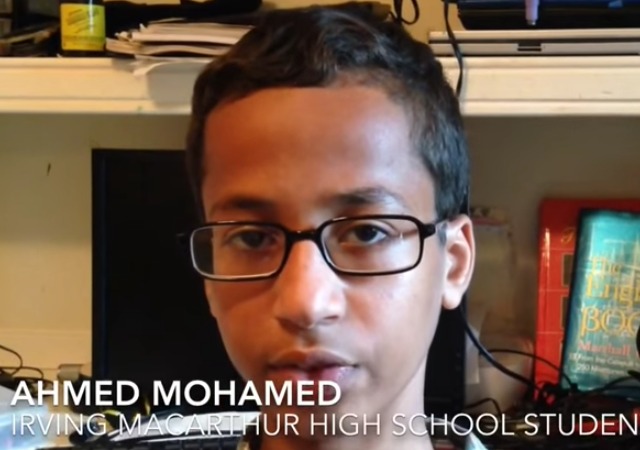 Mohamed Mohamed sued on behalf of himself and his son, arguing that commentators and media outlets were responsible for libelous statements after his son’s arrest in 2015.

“The Mohamed family are peaceful Muslims who have been falsely accused of being terrorists and engaging in a jihad,” the suit states. “The correction must also be made that the arrest and suspension of Ahmed Mohamed was not a stunt and it was not pre-planned, staged or engineered by anyone, including [his father].”

The lawsuit comes a month after the Mohamed family announced a federal lawsuit against the city of Irving and its school district, alleging that the boy’s rights were violated after Irving police mistook his homemade clock for a bomb.

He needs to be deported back to Qatar, along with parents.

This is nothing more than a get rich quick scheme.

If he gets back into a school, he will do more of the same clock/bomb stunts.

Actually …
Someone needs to slip him some “live dynamite” for his next stunt. That will solve the problem.