ISIS-claimed “soldier of the caliphate” among the chalked names memorialized 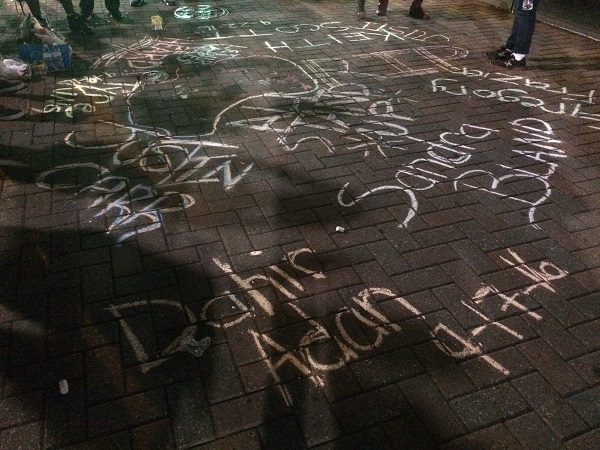 #CLT sidewalk where man was killed during protests being transformed through works of chalk…@wsoctv #KeithLamontScott pic.twitter.com/NEg4dG41Qb

The problem?  There are a few, but Dahir Adan’s name stands out.

You see names there, including what looks like Sandra Bland’s name, who committed suicide, she was not killed by the police. Justin Carr’s name is there. He was killed Wednesday night during the riots right at the spot being chalked. He is suspected to have been killed by another ‘protester’, Rayquan Borum, arrested today.

But the name that made me sit up and take notice was the name Dahir Adan.

He is the man who stabbed 10 people in a Minnesota Mall. He was shot to death by an off-duty cop, saving countless lives.

He was also claimed by ISIS, who said he was a ‘soldier of the caliphate’.