Ben Carson Walks Out of CNN Interview to Find His Luggage

Ben Carson Walks Out of CNN Interview to Find His Luggage 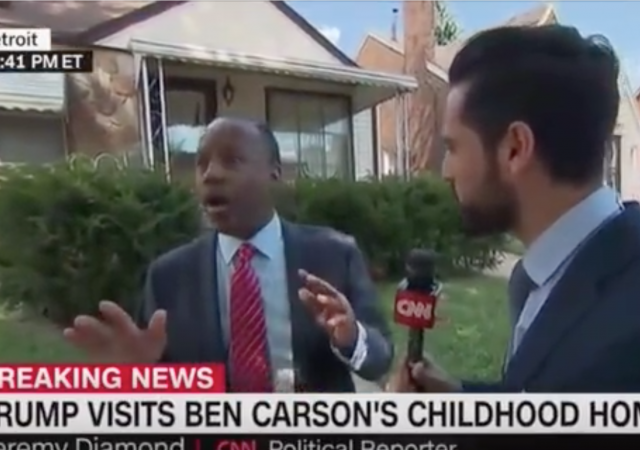 Here’s one I missed last week:

Filming a live interview with CNN outside of his childhood home, Carson had other things on his mind.

“What do you think he [Trump] took away from today?” asked the CNN interview. “OH! My luggage!” exclaimed Carson, before walking away.

Carson returned to the interview after running off to check on the status of his bags.

Everything that made Carson a horrible political candidate, makes him a relatable person. His mid-sentence on-air stream of consciousness is something just about all of us can relate to. I know I can.

Still, it’s hilarious and befitting of everything 2016.

a very human moment.
I never could understand how or why he thought that he could run for POTUS.

Was it American Tourister? Hope so. Those TSA apes can really throw it around.

It’s not like he left a sponge in someone’s head… again.

Teeheehee…..(is that what you were looking for??)

Let him who has never left a sponge in anyone’s head cast the first stone.

Sometimes Ben Carson looks like he just woke up and found himself on television. He had the highest favorability of all the Republican candidates -actually maybe all the candidates in every party. In a more sane world he’d be on the ticket as the VP candidate right now and the GOP would be +7.

I would say that Dr Carson gave CNN as much respect as it deserves.

Shame that after he dropped out early on he immediately jumped on the Trump bandwagon. There were still better candidates left like Cruz and even Rubio and Kasich.