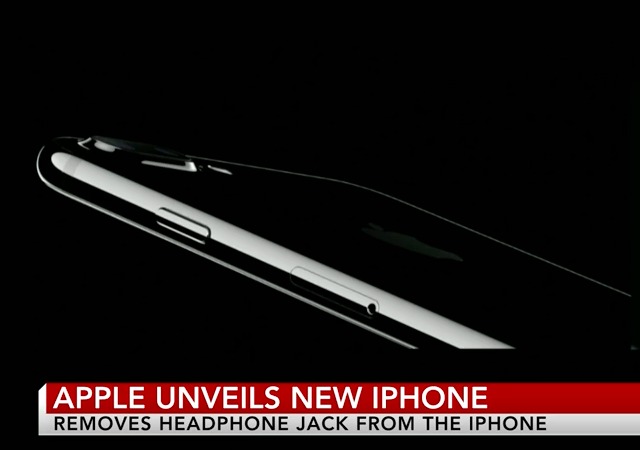 As the resident Apple geek, I decided to watch the Apple Event and provide some key points on the new products CEO Tim Cook displayed for the world today. He introduced the iPhone 7, second generation Apple Watch, and a new MARIO game for iOS!

1. Yes, the headphone jack is gone.

They removed the 3.5mm jack and the new AirPods will work over Apple’s Lightning standard. These Airpods will connect to the iPhone without the need for Bluetooth. The new phone will come with an adapter if you, like me, are addicted to headphones or, like me as well, prone to lose everything. Twitter immediately filled with jokes:

I already lost 1 of the earpods by looking at the picture #AppleEvent pic.twitter.com/Rzc1tkdIMQ

There's no way I'd ever lose one of these AirPod. Nope, no way. #AppleEvent pic.twitter.com/CgzDk0kySk

2. The iPhone 7 Plus will have the dual camera.

The two 12-megapixel camera will allow the user to shoot photos with either a wide angle or a telephoto lens.

The iPhone 7 Plus is about to make your portraits very, very pretty. #depthoffield #AppleEvent pic.twitter.com/j1AMactxoY

3. iPhone is dust and water resistant.

Water RESISTANT, not water PROOF. But this means that if you’re caught out in the rain your phone should be fine.

Here is the summary on the phone:

This new model is swim proof, allowing you to swim up to 50 meters. The speaker will actually eject water after you’re finished swimming. It will also feature GPS, which will work if you’re a deadzone. It also contains an S2 chip with a dual core processor that means it’s 50% faster. They also teamed up with Nike for a specific watch aimed at runners.

5. Pokemon Go is on the watch.

I think I’m the only adult without Pokemon Go, but yes. The company announced a version for the Apple Watch.

An improved Siri can transcribe your voicemails and write text messages. Apple will also allow developers so you can ask her to do different tasks like booking a ride home. iOs 10 will also allow people to copy images from the iPhone and paste it to your Mac. You can use larger emojis and animations in your iMessages.

I think I geeked out to this the most. Yes, Nintendo developed a Mario game for iOS!! It’s even designed so you can play it with one hand. Basic objective like in any other Mario game. There’s also Toad Rally, which puts you in battle mode against friends or anyone around the world.

There was no talk about new Macbooks. I know it’s next month, but I was hoping they’d drop some teasers. They will release macOS Sierra, which will put Siri on your Macbook. Like the nerd I am, I cannot wait!!