Israel aims to promote women entrepreneurs through start up events, mentoring and scholarships 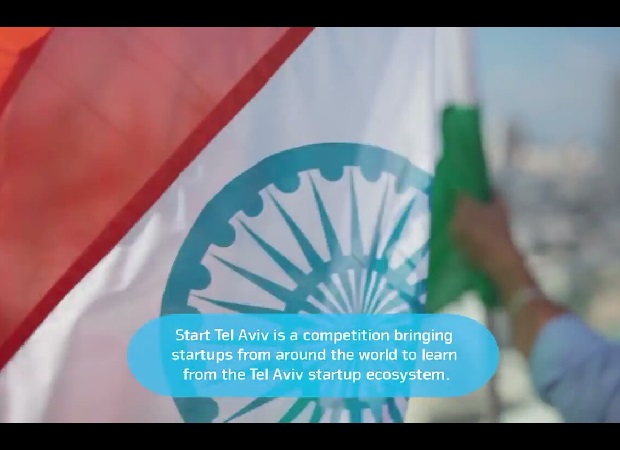 Today, around a million women work in India’s Information Technology (IT) sector, with their strength expected to double in next couple of years. Engineering and technology sectors, previously regarded as male bastions, too have undergone change with 20-30 percent of engineering graduate now being women — a rise from 2-8 percent back in the 80s. Despite such promising trends, women are still underrepresented among start up founders, tech entrepreneurs and corporate leaders in India. In IT sector alone, where women now make up 45 percent of all the new intakes, only 20 percent of the managerial positions are held by women.

With series of initiatives in recent years, Israel is playing the role of a catalyst in fostering Indian women entrepreneurs and startup founders.

In the run up to the Start Tel Aviv 2016, world’s premier startup event organised each year in Tel Aviv that brings together promising startup founders from all over the world, the Embassy of Israel in India has decided to exclusively promote women entrepreneurs and startup founders this year. Ditza Froim, Head of Public Diplomacy at the Embassy of Israel in New Delhi, emphasised the need to encourage greater participation of women in technology and innovation while talking about this year’s initiative, saying that no country can succeed “unless it incorporates all segments of society, even more so when it comes to building an ecosystem of entrepreneurship and innovation.”

The details of this year’s initiative were announced in a press release issued by the Embassy of Israel in New Delhi:

The Embassy of Israel in cooperation with TiE Delhi-NCR will host the “Start Tel Aviv” competition India Finals on 12th August. Two women entrepreneurs will be awarded a trip to the Startup Nation by the Ambassador of Israel to India.

Start Tel Aviv 2016 is a global annual event organized by the Israeli MFA and Tel Aviv Municipality. Technology startup winners from 23 different countries around the world will convene in Tel Aviv, Israel, in September 2016 to take part in an intense, five-day startup experience. They will join local Israeli entrepreneurs and participate in lectures, workshops and meetings with leading Israeli and international investors and professionals. […]

The 4th edition of Start Tel Aviv will be held in Israel from 25-29 September 2016, organized by Israel’s MFA and Tel Aviv Municipality. The goal is to help promising early stage startups meet and establish relationships with potential customers, partners and high profile industry leaders alike.

Jerusalem-based Israel-Asia Center that grants range scholarships to Asian students and young business leaders has been offering an MBA programme tailored exclusively  for Indian women entrepreneurs — providing them with professional skills, mentoring and industry exposure needed to excel back at home. Indian women students can also avail hundreds of scholarships offered by Israel’s Council for Higher Education aimed at Indian scholars interested in pursuing higher education in Israel. Working professionals from India can choose from a number of short-term summer courses at various Israeli universities designed for Indian (and Asian) professionals.

Trade between the two countries has risen from roughly $200 million to around $5 billion since full diplomatic ties were established between Israel and India in early 1990s. Technology and innovation have been the main driving forces behind the growing Israel-India ties. Indian IT firms have been especially bullish on Israeli startups and technology sector. They have made multi-million dollar acquisitions and investments in Israeli startup ecosystem. Indian multinationals like Infosys, Tech Mahindra, Wipro and Reliance Telecom have set up venture capital arms dedicated to investing in Israel.

The ambitious plans laid out by India’s Prime Minister Narendra Modi to modernise the country cannot be achieved without the active participation of Indian women in all the echelons of technology-driven sectors. If current trends continue, India could expect to add up to 4 million women in IT sector by 2020 alone. Connecting India women entrepreneurs to Israeli start up and innovation sector could be a promising new chapter in an already flourishing bilateral relationship.

VIDEO: Startup Fairi, one of the Indian finalists of Start Tel Aviv 2016

This is simply awesome.

Black and white – the muslims suppress their women and turn them into mobile uterines while the Israeli try to empower them to the betterment of the entire society.