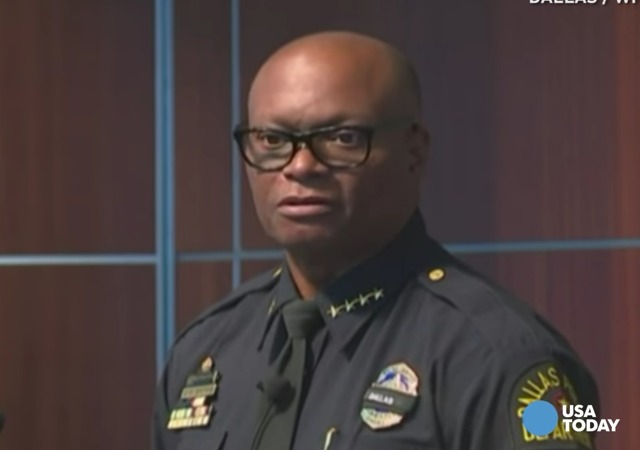 The Dallas Police Department lost five officers on July 7, but instead of people backing away from the job, the department still receives applications from people to join the force.

Officials received 467 applications days after the attack with more coming in each week.

Dakota Leierer, 22, told The New York Times he wants to leave his job working on oil fields to join the force. He wants to become part of the solution:

“Everything going on around the world — the crises, communities not really getting along with each other, the protests,” Mr. Leierer, 22, said. “It just kind of hit me.”

The applications are a welcome sight to the police department, which has had problems recently filling their police academy.

“Don’t be a part of the problem. We’re hiring. We’re hiring. Get off that protest line and put an application in,” Dallas Police Chief David Brown said at a news conference on Monday.

A group of people who turned in applications before the attack have not changed their minds about joining. Many want to help resolve the tensions between law enforcement and their communities as racial tensions sizzle between the two due to recent deaths:

“A lot of people said, ‘I don’t want you to go into policing. Can’t you find something else to do?’ ” said Jamile Owens, 29, who is African-American and had applied to the Dallas department about a month before the shooting.

San Antonio has also seen a spike in police job applications. They received 199 applicants in July compared to 53 in June:

“Based on comments from some of the applicants, we definitely feel that the events in Dallas spurred people to come out and look into a career in law enforcement,” SAPD Sgt. Jesse Salame told Watchdog.org.

“Lots of applicants talked of applying because they wanted to serve their communities. We have not seen a shortage of interested candidates.”

This is heartwarming and good news.

Soon after a Euless, TX, police officer was gunned down last spring by someone who set a 911 trap so they could kill an officer, I heard the chief of police from Euless comment that what they needed were more qualified cadets entering the police departments.

His point was that if they didn’t have quantity, they would suffer in quality.

Euless is located in between Dallas and Fort Worth.

I do not think this encouraging and positive news will be well accepted by the race hustlers and the leftists.

Get off that protest line and put an application in,” Dallas Police Chief David Brown said at a news conference on Monday.

I’m not sure how much confidence one can have in a force that’s populated by BLM protesters.

I’m sure that Chief Brown knows that most of the BLM protestors couldn’t pass the basic requirements for police work. What he is targeting are the younger, perhaps more idealistic, black youth who haven’t irretrievably gone off the track yet.

Chief Brown should’ve raised his son not to be a cop killer/drug dealer.