Another gun saves a life. 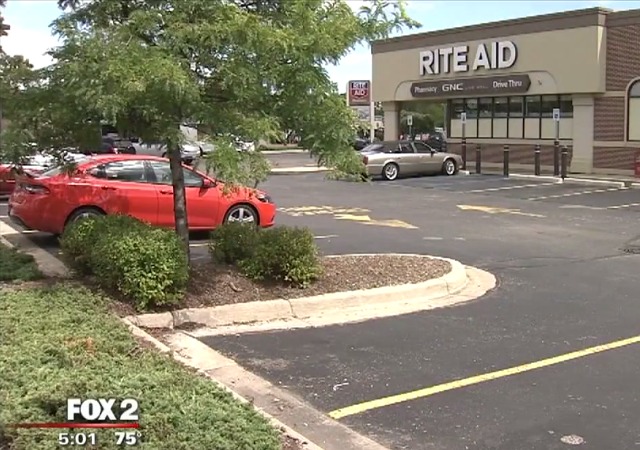 How is this for an armed citizen story?! A 91-year-old man in Michigan shot a man who tried to rob him on Monday in a parking lot at a local Rite Aid pharmacy. As the suspect walked closer, the man told him he holds a concealed pistol license (CPL), but the suspect didn’t care.

When the suspect aimed something at him, the elderly man whipped out his gun and shot him:

“The person who fired the shots had a CPL and was lawfully carrying a handgun,” said [deputy Chief Eric] Keiser. “He said he defended himself when he was attacked.”

“He attempted to rob (the victim) and (the victim) had a CPL and ended up shooting the suspect,” [Sgt. Martin] Campbell said. “It’s as simple as that.”

The would-be robber was struck in the neck and fled across Gratiot, where he was arrested by responding officers.

“Two detectives found him walking over there,” Campbell said. “He had a gunshot wound to the neck but he was talking and acting erratic.”

“The suspect approached and began to act erratic. (The victim) told him he had a gun, he warned him three or four times and even had the gun pointed at him,” Campbell said. “But the suspect kept coming and pointed an unknown object at the victim.”

The police could only find the elderly’s man gun, but they said the man acted in self-defense:

The CPL holder went to the Eastpointe police station following the incident to give his statement, Campbell said. He is cooperating with authorities, who currently are treating the incident as self-defense.

That’s what gun-grabbers want: to make us all easy prey.

No, the government will protect you and take care of you. As long as you remember to lope their mule just the way they like it.

Well, we cover the whole gamut there; from “it’s as simple as that” to “nothing’s ever clear cut.”

Of course we can’t have people wandering around acting erratic. Whatever that means.

I’m not 91, but if someone keeps coming toward me despite repeated warnings that I’m armed, and he has an unknown object in his hand I just hope my accuracy is a little better and I save the taxpayers a hospital bill.

‘But the suspect kept coming and pointed an unknown object at the victim,’ he added.

Gun control is hitting your target! And the 91 year old did!
This would be a truly different story if he was not armed.

Well, maybe better he survived to share his new-found wisdom.

You don’t get to live to be 91 if you are dumb, weak, stupid or careless.
91 is pure tough, smart and perfectly capable of dealing with garden variety annoyances.
Where do we send the cake?

Unlike Israel, where merely drawing a weapon in self-defense gets you detained for questioning and your weapon siezed, while there’s no attempt to arrest your attackers.