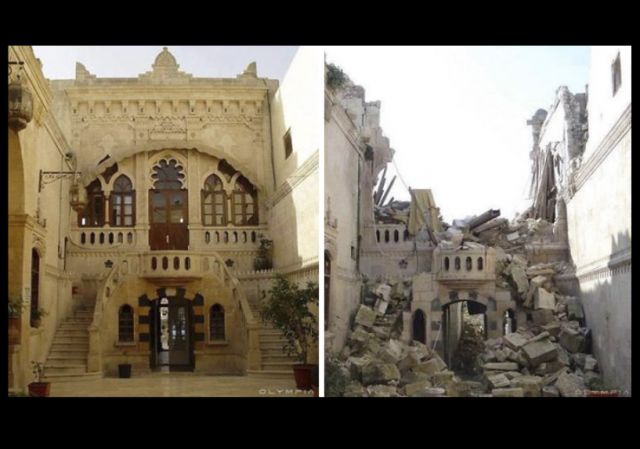 David Wolfe, a California resident, has created a video on his Facebook page showing the results of the Syrian civil war in “before” and “after” images has gone viral.

A video produced by Los Angeles resident David Wolfe showing the vast destruction since the outbreak of the civil war in Aleppo, Syria’s largest city, has gone viral. Posted on Wolfe’s Facebook fan page, it has been viewed more than 11 million times and shared around a quarter million times on Facebook.

The photos used to put the video together are from the Bored Panda website, which noted that vast toll in human lives and the physical damage in Aleppo since 2012, including the city’s Old City, which is a UNESCO World Heritage site.

Prior and during the time period Islamist President Erdogan of Turkey was engaged with ISIS in the trade of oil and other materials lots of videos were produced of the Syrian army & Russian air force retaking of Aleppo.

Our foreign policy is incomprehensible. Who is friend and who is foe?

Obama and Hillary say we must take all sides of the warring nation onto our soil as refugees which will be given more financial and material support than our elderly and veterans.

Islam destroys everything it touches.

just another Moose Slime paradise, coming soon to where you live…

It makes me think of the fragility of civilization.

I never thought the day would come when I’d feel sorry for Syrians. This is horrific – and it only shows damage to buildings. It doesn’t touch on the human toll at all. Even though we know the numbers, it is almost unimaginable.

Just knowing Obama has armed ISIS to combat Assad whom supports terrorism against the west makes me feel so much better???