The U.S. uses the air base to perform airstrikes on ISIS in Syria. 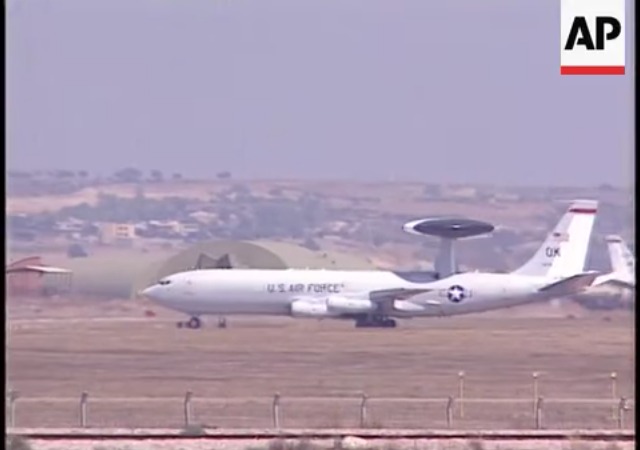 *UPDATE* Turkey has resumed operations at Incirlik air base after they cut it off due to the failed coup.

İncirlik Air Base to resume operations after being shortly sealed off following coup attempt https://t.co/vLqAoee4hF #Turkey

The U.S.’s airstrikes against the Islamic State (ISIS/ISIL) have stopped due to Turkey’s failed coup.

Authorities stopped all flights from the Incirlik air base:

“At this time, Turkish authorities are not permitting aircraft to depart Incirlik,” an American military official said on Saturday morning.

U.S. officials have demanded an answer from Turkey, but have not received one yet:

“U.S. officials are working with the Turks to resume air operations there as soon as possible,” Pentagon press secretary Peter Cook said. “In the meantime, U.S. Central Command is adjusting flight operations in the counter-ISIL campaign to minimize any effects on the campaign. U.S. facilities at Incirlik are operating on internal power sources, and a loss of commercial power to the base has not affected base operations.”

The U.S. relies on Turkey as a NATO ally, but President Recep Tayyip Erdogan’s strong grip on power has complicated the relationship. Erdogan has jailed anyone who insults him while cracking down on resistance against his regime:

William Fallon, a retired admiral who previously ran US military operations in the Middle East as head of Central Command, said the situation was “a tremendous dilemma for the [Obama] administration because here we go again with another country that has an elected president being tossed out by the military, no matter that he has become increasingly autocratic and problematic.

“Turkey is critical because of all the challenges going on with the civil war in Syria, and with the Russians, and because it is a member of Nato,” said Mr Fallon. “The US and EU will be anxiously watching and trying to figure out what to do. If you could, you would wish for some time to let it sort out but there will be pressure to do or at least say something.”

President Barack Obama brought together his national security and foreign policy teams on how to respond to the failed coup and make sure any Americans in Turkey remain safe:

“While we have no indications as of yet that Americans were killed or injured in the violence, the president and his team lamented the loss of life and registered the vital need for all parties in Turkey to act within the rule of law and to avoid actions that would lead to further violence or instability,” the White House said in a statement.

Obama and Secretary of State have said everyone in Turkey needs to respect the elected government:

Statement from the White House: President Obama spoke with Secretary of State John Kerry about the Turkey coup pic.twitter.com/XwiVUs62yv

However, Obama also urged all sides in Turkey “to follow the rule of law” as they recover from the failed coup.

Why would you expect anything different from such a close NATO ally? Bunk!