The UK will have its second female prime minister. 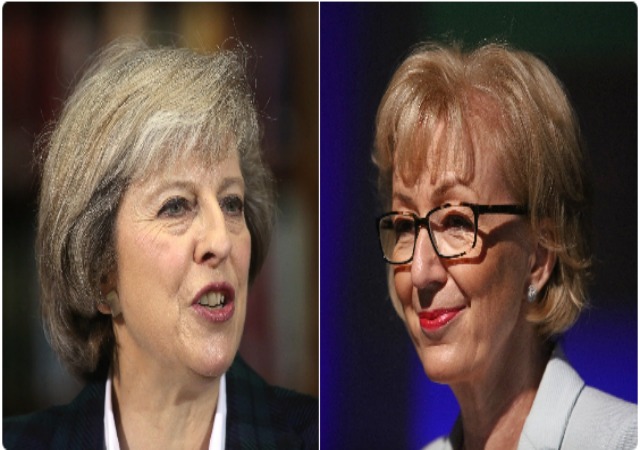 The United Kingdom will have its second female prime minister after David Cameron resigned when the kingdom voted to leave the European Union.

The second ballot pushed Home Secretary Theresa May and Energy Minister Andrea Leadsom to the front. Justice Secretary Michael Gove came in third, thus eliminating him from the race.

Conservative members will vote for the next prime minister and announce the winner on September 9.

BREAKING: Britain to have female PM as Theresa May and Andrea Leadsom compete for leadership https://t.co/OFANuVy0DD pic.twitter.com/or21CGpbvM

May or Leadsom will become the first female prime minister in over a quarter of a century after Margaret Thatcher left in 1990.

Either way, the winner will guide the UK out of the EU. Cameron will stay on as prime minister until October, but his successor will “trigger Article 50, the mechanism that would formally begin Britain’s exit.”

Ms. May’s supporters say she has robust government experience and that she would represent stability at a time of great upheaval. Ms. May has served six years as home secretary, one of the most senior government roles, which covers security, policing and immigration.

But her position during the referendum could count against her as some of her pro-Brexit critics say that the best person to lead the country’s separation from the EU is someone who backed an exit.

The home secretary’s stance on EU nationals living in Britain has drawn criticism, including from some in her own party. Ms. May said in a Sunday television interview that she wouldn’t unilaterally offer permanent residency rights to EU citizens in the U.K. until the status of British nationals living in the EU has been settled in negotiations over Britain’s terms of exit.

With a 25 year background in banking and finance, Leadsom concentrated on the economy when the final vote came out. She promised to “banish the pessimists” and “prosperity, not austerity.” From The London Times:

She committed to ending George Osborne’s austerity policies, and indicated that she would clamp down on chief executive pay. “I’m an optimist,” she said. “I truly believe we can be the greatest nation on Earth.

“As we show that the UK is once again open to the world and united in our new destiny, so we will expand our horizons. Prosperity should be our goal, not austerity.

“I want to spread prosperity to every corner of our country, I want to help create more jobs, because we need to hear and heed those millions of our fellow citizens who feel and fear that their country’s leaders are not worrying about them enough.

“Those people who think that chief executives of some big businesses get telephone number salaries but bear no relation to the performance of their companies.

“And I say to all of those people – I am with you and I want you to share in the great future for this country.”

Former London mayor Boris Johnson pointed out that the Conservative Party has chosen the only two female prime ministers in the kingdom’s history, “proving that we are the not just the greatest but the most progressive party in Britain.”

The 150,000 members can cast one vote for either woman. They thought the result would be announced on September 2, but pushed it back a week so Cameron could attend his last G20 summit.

Here is Shapps letter. Rumour is that Feldman said 9 sept so PM & Osborne cd go to G20 in sept. pic.twitter.com/vYEM1hZ6QH

The Guardian fully explains the rules:

In order to vote, Conservative members must have joined at least three months before voting closes in September. It means the contest is unlikely to see a significant number of “entryists” signing up to vote for the Tory leadership to skew the result.

Votes are given to fully paid-up members only; nothing similar to Labour’s £3 supporter scheme exists for the Conservatives.

Hoping for another “Iron Lady,” realizing that’s probably not in the cards.

And they don’t want Brexit. They’re still hoping to sabotage it.

Cameron tried to stop it, and failed. So they’ll try again with someone else.

The only question is which of these two do they think will do the best job of mucking it up.

But the Party plans remain unchanged. Brexit won’t happen if it’s up to them.

She thinks it’s her right/role/prerogative to set salaries for private businesses, just like Mr. Establishment thinks his role is to tell us with whom we may trade, and what private firms may do.

I really don’t understand Euro politics. Some many parties; conservative and liberal don’t mean the same thing they do here. Do either of these women support limited government, lower taxes, strong defense, patriotism, religious freedom, etc or are they conservative in name only?