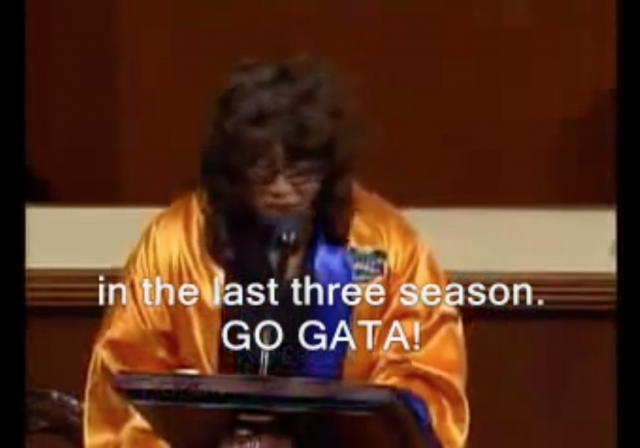 The congresswoman was indicted Wednesday and the case details are just coming out. A federal case has also been filed against her chief of staff, Elias Simmons.

“Congresswoman Brown and her chief of staff are alleged to have used the Congresswoman’s official position to solicit over $800,000 in donations to a supposed charitable organization, only to use that organization as a personal slush fund,” said Assistant Attorney General Caldwell.

“The defendants are alleged to have committed a multitude of criminal violations, including fraudulently receiving and using hundreds of thousands of dollars in contributions meant for a nonprofit organization for their own personal and professional benefit,” said Richard Weber, Chief, IRS Criminal Investigation.

“The American public expects and deserves equitable enforcement of our tax laws.”

Brown is also charged with engaging in tax obstruction between 2008 and 2014.

Simmons is also charged with theft of government property. The FBI says a relative of Simmons allegedly received $735,000 in government salary despite “performing no known work” and that Simmons diverted over $80,000 of that salary for his personal benefit.

It’s gonna be tough to get out of this one.

“It’s gonna be tough to get out of this one.”

I’m not so sure that is true in the post Rule-of-Law era.

Nothing to see here I am told.

“…solicit over $800,000 in donations to a supposed charitable organization, only to use that organization as a personal slush fund.”

800 G is chump change! The Clinton”s have pulled in hundreds of millions to their slush fund, much of it from foreign entities that had interactions with the State Department while she was Secretary. What difference, at this point, does it make?

Write what you want about her, but don’t mess with my Gators!

Uggghh. Every time I see this it is the only time I wish I graduated from Florida State University (aka Florida Woman’s College).

We know for an absolute fact from declarations by the Director of the FBI and the Attorney General of the United States, and the lack of any action by the supposed Opposition party that 1-3 means that no law ever applies to anything you do, and that 4 emphasizes it.

So why did they charge her? Maybe she did not kick back enough on what she stole?