Brazil is a hot spot for child sex tourism. 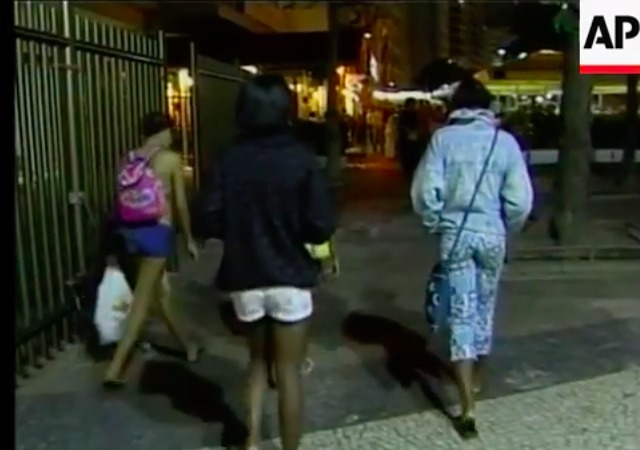 The Rio police have rescued eight girls from a sex-trafficking ring near an Olympic stadium.

Three of the girls, aged 15 and 16, were forced into prostitution in Recreio near the beaches. Child sex tourism in Brazil has expanded in the country, especially during events that bring in foreign tourists.

Investigator Cristiana Bento confirmed the police rescued these girls as “part of a larger sweep before the Olympics to prevent child prostitution.” The authorities have even placed local vendors under investigation for possible involvement.

Last month, authorities served arrest warrants against 14 people allegedly “involved in sexual exploitation of children and adolescents in Campos de Goytacazes, in the North Fluminense.” Authorities knew about the case back in 2009 when young girls escaped:

They told that two colleagues were forced to take drugs and ended up dead of an overdose. The bodies were never found. From there, the police discovered the extent of sexual exploitation and arrested in flagrante the property owner, and has released three women and two teenagers.

The perpetuators used girls between 8 to 17 years old for prostitution, keeping them with armed guards. They forced the girls to us “cocaine, hash, crack, ecstasy, and marijuana.”

Prostitutes in Rio have offered a sex sale in the red light district after they lost sales during the 2014 World Cup.

This is only the latest controversy surrounding Rio weeks before the summer games begin. The police recently greeted people at the airport, welcoming to Hell because there are no officers to protect them since the government is not paying them.

Former Gitmo prisoner Abu Wa’el Dhiab has slipped into Brazil from Uruguay where he chose to live after U.S. authorities released him. Abu Wa’el Dhiab, 44, attempted to enter Brazil three other times, but the country never let him in “because his name appears on an international database of suspected terrorists.”

Uruguay said Dhiab can come and go as he pleases, but Brazil authorities said they have no record of him “entering the country.”

A superbug also lives in Rio’s waters. Since February, scientists have said the waters in Rio pose more danger to athletes than the Zika virus. The scientists have finally published their findings on the drug-resistant bacteria called Enterobacteriaceae or CRE. They flagged the Flamengo and Botafogo beaches.

The Olympics begin on August 5.

Bill Clinton and many Secret Service agents are reportedly devastated by the news.

But remember, prostitution is a victimless crime per our moral betters