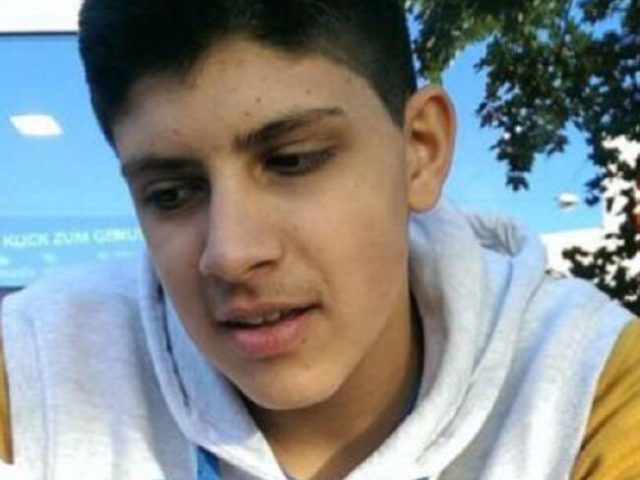 Authorities have discovered German-Iranian Ali Sonboly,18, had an obsession with mass shootings and researched them before he murdered nine people in Munich. The police said:

“With regard to the suspect we have to examine everything, but we don’t know yet what triggered the crime,” said Peter Beck, a police spokesman.

According to investigators, materials were found in Mr Sonboly’s room indicating a fascination with mass shooting incidents. “There was material found in the apartment of the suspect that showed a particular interest in shooting sprees”, said Thomas de Maiziere, Germany’s interior minister.

They also found links between Sonboly “and the fifth anniversary of the shootings perpetrated by Anders Behring Breivik in Norway on Friday.” He used Breivik’s picture as his avatar on Whatsapp.

They did not find any connections between Sonboly and Islamic terrorist groups. Those groups did cheer the attack on social media.

Sonboly did receive psychiatric treatment, but authorities have not given out specifics on his mental health.

Sonboly hacked into a Facebook account, posed as girl named ‘Selina Akim, and lured his victims to a McDonalds for free food:

A post from a young woman’s account urging people to come to the centre said: “I’ll give you something if you want, but not too expensive.”

Alleged video of a shooter in #Munich, location confirmed by a friend working close by (she did not film the video) pic.twitter.com/RRwFH4hdnB

Police discovered Sonboly’s body about two hours after the attack. Evidence shows he took his own life. Police found “a 9mm Glock pistol and 300 bullets in his rucksack,” but do not know how he acquired the weapons since he did not have a permit “and the serial number had been obliterated.”

One classmate said others bullied Sonboly, who once threatened to kill everyone:

She recalled how during a row a few months ago he had vowed to kill his classmates.

“In an argument, he said he wanted to carry out a massacre. He said: ‘I will kill you all’.”

Tovero Evo, 32, lived in the same flats as Sonboly’s family. He said the teenager “was always friendly.” Another neighbor said he “seemed a decent, normal guy.”

They do not even call him Ali.

Please keep that Tree Slough crap off these threads unless you have personally researched it and care to vouch for it.

I guess they didn’t have his elementary school graduation picture with him in cap and gown either.

As sure as day follows night, German politicians are calling for more stringent gun control as if that’s the solution to the problem they created by their fetish for immigration.

It is insane to expect politicians who create a problem to ever come up with an actual solution. Given they are married to the problem. They can make it impossible for Germans who are interested in following laws to acquire firearms. But that’s not the group of people who are causing the problem.

The world is awash in guns, and acquiring one is only a problem if you are law abiding.

“SAN FRANCISCO (AP) — A federal judge sentenced former California state senator Leland Yee on Wednesday to five years in prison after he acknowledged in a plea deal that he accepted thousands of dollars in bribes and discussed helping an undercover FBI agent buy automatic weapons from the Philippines.

Is Judge Charles Breyer a complete idiot? It is not “unfathomable.” It is entirely “fathomable,” if you are familiar with Baptists and bootleggers. The last thing a bootlegger wants to see are legal liquor sales. Of course the bootlegger will put his money behind the Baptist candidate who vows to keep the county or state dry. It means if you want to drink you have to buy the bootlegger’s moonshine.

Leland Yee is not unusual among the gun grabbers.

“…What’s missed in all this is the history of Chicago’s handgun ban. Owning a handgun is an important check on tyranny. A critical figure in getting the Chicago ordinance passed had his own ties to the forces of corruption and tyranny.

A Chicago Tribune article from March 20,1982 described the passage of the handgun ban passage:

‘As Friday’s council session began, [Mayor] Byrne feared the vote was too close to call. There was extensive backroom debate to determine if the matter should be brought up. But, Byrne allies, primarily Alderman Fred Roti (1st), Edward Burke (14th) and Wilson Frost (34th), moved through the council chambers, persuading wavering aldermen to back the mayor’s proposals…’

Fred Roti was a made man in the Chicago mafia, the outfit. Of course he didn’t want citizens owning guns. Why should he want to make it harder to run his criminal enterprise? Roti went on to serve 48 months in prison for various public corruption and RICO convictions.

“There was material found in the apartment of the suspect that showed a particular interest in shooting sprees”, said Thomas de Maiziere, Germany’s interior minister.

Could it be that he was looking for ideas on how to carry his revenge from allah by observing other mass shootings? Why is the first thing the msm now does is to make the motive for these atrocities a mystery and to disprove any muslim tie? When a white cop shoots any black suspect it is automatically racism. But when a black man kills a white cop we have to wait on the motive and not jump to conclusions.

The simple answer is that these elected officials despise their own people. That’s why Obama wants to fundamentally transform this country. It’s why he said that there is no reason to prefer an American over a non-American (some constitutional scholar he is). European leaders also despise their own people. And the way to do so is through mass immigration, specifically from non-white, non-Christian countries.

The Labour party insisted that its mass immigration policies were based purely on the economic benefits (where have we heard that before). But then somebody spilled the beans, and Labour party documents were discovered that their policies were primarily for social engineering purposes. They found Britain too white and just too British for their tastes.

Left wing Swedish politicians have told critics of their immigration policies that it’s just racist to want to keep Sweden Swedish. In fact, there’s nothing good about Swedish culture, nothing worth preserving anyway. So it ought to be destroyed (it will take time for me to search for this, but looking at what the left wing politicians’ policies are doing to Sweden can there be any doubt of this). Swedish police simply will not enforce the law if Muslims rampage and loot and burn cars. But let a Swede say something negative about Muslims who rampage, loot, and pillage and the Swedish police will be all over that (under Swedish law truth is is no defense against charges of “hate speech” under the provisions against inciting “hate” against racial, ethnic, or religious groups; naturally these provisions are never enforced when it’s Muslims spewing “hate speech” toward Sweden’s rapidly dwindling Jewish population).

The media by and large shares their sentiments. For instance in Sweden the media will not report crimes committed by Muslim immigrants/refugees. They simply report the perpetrators as “Swedes.” Recently a group of Muslim “refugees” gang-raped a woman on a ferry from Sweden to Finland. Despite the fact that their immigration had not even been approved by the Swedish government, let alone weren’t they citizens or even legal residents, the Swedish press still called them “Swedes.”

These people don’t like us. They despise us. They certainly don’t think we have any interests that they are bound to respect or represent, such as being protected against mass importation of murderers or rapists. On the contrary, from the US to Sweden these people have chosen sides against us.

It also explains the popularity of Trump and so-called right wing anti-immigrant groups in Europe. Trump is not popular with me because he’s a con man but I understand why he’s popular with people who believe him. He may not win, just like that candidate in Austria didn’t win the presidency. But these people have the establishment rattled.