Leslie Van Houten: “An unreasonable danger to society if released from prison.” 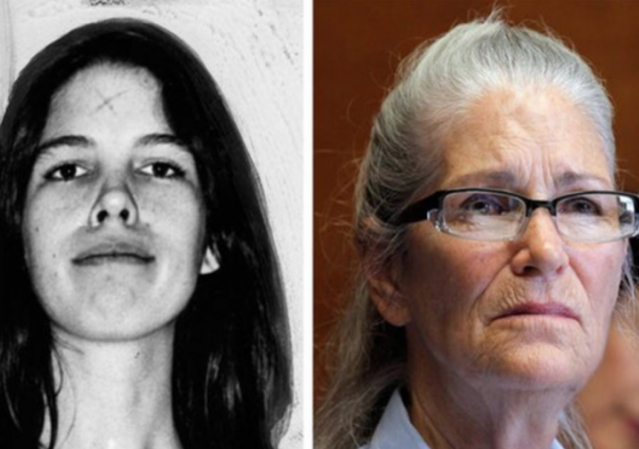 Just when you are ready to give up on California, there is a sign that some sanity still remains in Sacramento!

In April, a 2-member California parole board authorized the release of former Manson Family killer Leslie Van Houten. The decision to go forward with this recommendation rested with Governor Jerry Brown, who was sent a petition signed by over 140,000 people to discourage his signature on the release when it arrived on his desk.

This time, Brown made the good choice.

Gov. Jerry Brown denied parole Friday to Leslie Van Houten, who was convicted along with other members of Charles Manson’s cult in the 1969 killings of Leno and Rosemary LaBianca.

Brown said Van Houten, the youngest member of Manson’s “family,” posed “an unreasonable danger to society if released from prison.”

… He said the “shocking nature of the crimes left an indelible mark on society” and that the motive — to trigger a race war “by slaughtering innocent people chosen at random — is equally disturbing.”

“Even two years after the murders, when interviewed by a psychologist, Van Houten admitted that, although she had no present desire to kill anyone, she would have no difficult doing it again,” Brown said in his statement.

The Tate family is relieved by Brown’s decision.

“These people need to remain in jail until their passing day, for justice to be served,” said Debra Tate, Sharon Tate’s sister who delivered the signatures to Brown’s office last month and has organized opposition to the release of Manson family members.

Manson, 81, and other followers involved in the killings are still jailed. Patricia Krenwinkel and Charles “Tex” Watson have each been denied parole multiple times, while fellow defendant Susan Atkins died in prison in 2009.

Family member Bruce Davis also was recommended for parole, but it was blocked by the governor in January.

As a signer of the Tate family’s petition, this Californian would like to thank Governor Brown for making a just decision in the Van Houten case.

An abortionist before her time.

If those affected commit future crimes Judge can’t impose enhanced penalties that comes with prior convictions, due to clemency

The democrats need voters and Brownshirts. They now have 200,000 of them in Virgina, thanks to that corrupt s-bag McCulliff.

Good grief, declare a holiday. The beamster FINALLY got something right.

“An unreasonable danger to society if released from prison.”

What he meant: An unreasonable danger to [an unarmed California] society if released from prison.

The murderous core of the Manson “family” – Manson, Watson, Atkins, Krenwinkel, & Van Houten – were inhuman in their callous savagery. Their “motive” – as if they needed any – in the Tate & LaBianca murderers wasn’t personal or pecuniary. They hoped to set society down a road of mass murder, or so they said. More likely the entire scenario was Manson testing the limits of his influence and his followers looking for some excuse for bloody brutality.

The prosecutor, Bugliosi, wrote a book on the case, “Helter Skelter,” a chilling account put together from the investigation, both physical evidence and statements from witnesses and other “family members.” It is almost certain Manson and Watson committed several other murders at least, but there wasn’t enough evidence to prosecute on any of them. None of these people should ever see the light of day. They are as pure evil as humans come, any of them would have fit in running death camps.

So Governor Moonbeam and I agree on one important thing.

Even a broken clock is right two times in 24 hours.

Too bad because Squeaky needs a roommate.

She’s been on parole from death for decades.