“The Islamic Fascism” by German-Egyptian author Hamed Abdel-Samad was due to hit the French bookstores in September. 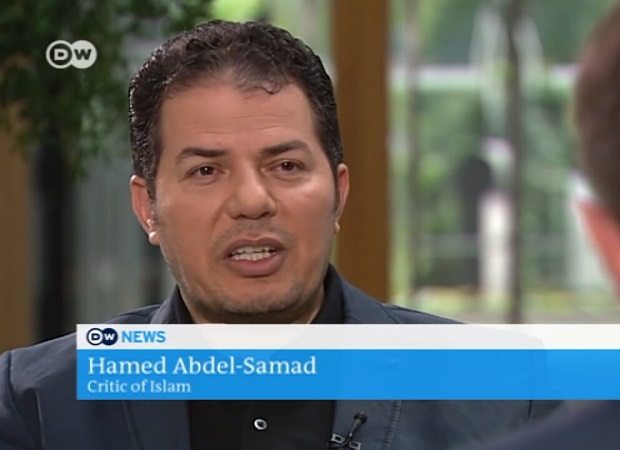 A Paris-based publishing house has revised its decision to publish a French version of the German bestseller “Der Islamische Faschismus” (The Islamic Fascism). Written by German-Egyptian author Hamed Abdel-Samad, the book was due to hit the French bookstores in September. Piranha Edition reportedly changed its mind after this month’s ISIS-inspired terror attack in Nice that killed 84 people and injured more than 300.

If the objective of Islamist violence in Europe had been to force the continent into submission, it is well on its way to achieving them.

Piranha Edition justified the decision of not going ahead with the publication by citing the threat of Radical Islam as well its desire of not wanting to strengthen the right-wing French groups critical of Islam. Interestingly, the head office of the Piranha Edition is just within a few minutes of walk from Bataclan, the theatre where 89 people were murdered by Islamic terrorists in November 2016.

First the publisher changed the title from “The Islamic Fascism” to “Is Islam a form of Fascism?” — in order to avoid unnecessary polarisation. But after the attack in Nice, the publishing house decided not to publish the book at all, as it fearful of the consequence — as stated in [their] email — which could have been deadly. There could be another attack like the one at Charlie Hebdo.

Had the publisher ended the email just there, I could understand, as it is a matter of life and death, and I cannot ask everyone to take the risk that I take with my book.

But then came the second argument why the publication was not possible at this point. The book could benefit the right wing [parties]. [Author’s translation]

Whenever Islamic terrorism strikes somewhere in the West, media commentators and politicians always love to talk about the ‘moderate Muslims’ living among us. We are endlessly reminded of the “voices” of moderation, reason and peace within Islam. Hamed Abdel-Samad is just such one such genuine voice being stifled in the West. And he is not alone; Somali-born women’s rights advocate Ayaan Hirsi Ali, Pakistani writer Ibn Warraq, Bangladeshi novelist Taslima Nasrin are just some of the true Muslim voices of reason and sanity of our times.

These few, but brave women and men are not only forced to live like hunted fugitives in the West by Islamists determined to enforce Fatwa placed on their heads, but driven into silence by leftists enforcing accepted speech codes on college campuses and public arena.

Given the almost omnipresent threat of violence inside the Muslim majority countries, we can give up on our hopes of hearing any substantial criticism of Islamist theology from within the Muslim World. But what is happening to Muslim dissenters in the West is no less sinister. The violent campaign to shut down any opposition in the Muslim World is complimented in the West by the activism of the Left.

On the other hand, the mainstream media is more interested in talking to the representatives of Islam who are eager to talk about ‘Islamophobia’, or the Western guilt, but not about the theology behind the ongoing worldwide Jihad.

Nothing could be more ironic than a publisher refusing to publish a book titled “Is Islam a form of Fascism?” having being deterred by the fear of organised violence and death. The tragic case of Hamed Abdel-Samad’s book in France is another milestone in Europe’s piecemeal surrender to Radical Islam.

Video: Hamed Abdel-Samad talks to Deutsche Welle, “The case against the Prophet”

What a smart cat!

It’s a good thing we have entered the age of self-publication, and I sure hope Abdel-Samad will use that venue if nobody has the guts to publish his work.

islam is more about conquest, control and force than it is about religion.

The terrorists have won!

Not according to the countless youtube videos of people desecrating the Koran.

“But after the attack in Nice, the publishing house decided not to publish the book at all, as it fearful of the consequence”

So, so foolish. Does this publisher not know, do the French not know, do Europeans not know, that Muslims attacks will continue WHETHER THIS BOOK IS PUBLISHED OR NOT!

Apparently they are so, so short-sighted.

The French have a habit of folding like a cheap suit

The Germans will protect them……..maybe not.

American publishers are not necessarily much more courageous.

The book is in print in America:
https://www.amazon.com/Islamic-Fascism-Hamed-Abdel-Samad-ebook/dp/B00VZZOEOM/

I love how leftists think we don’t see through their BS and can’t smell their fear when they try to pretend that they aren’t purely acting out of cowardice. They changed their minds about publishing a book strongly critical of Islam after the Nice terrorist attacks “as it fearful of the consequence … which could have been deadly. There could be another attack like the one at Charlie Hebdo.” And then to pretend there is some grain of principle involved, they say, besides “[t]he book could benefit the right wing [parties].”

Actually, the “right wing” that is willing to put up with the name calling and death threats by telling the truth about Islam is helped out even more when leftists like Piranha Edition when they announce they’re too afraid of publishing a book that might get them killed then if they did publish the book.

When Piranha Edition abandons a project because it is terrified of Islamic terror that makes the “right’s” point far better than anything else you can do. And as Ragspierre says I’m sure Hamed Abdel-Samad will find a way to publish his book even if he self-publishes.

P.S. We should demand Piranha Edition change the name of its company as a Piranha if far to ferocious a fish; it should be Spineless Jellyfish Edition.

The publisher probably realizes that he is a gutless puck and they all think death is worse than living a coward’s life.