My quest for the perfect birthday gift in Kennebunkport! 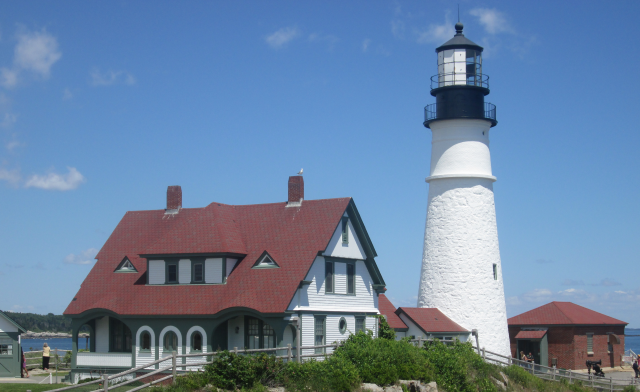 Last week, my beloved husband took me on a much needed birthday vacation in Maine.

Despite the fact that I was trying to ignore the 2016 election insanity for a brief time, I couldn’t entirely escape it.

When we hit a tourist shop in Kennebunkport, Maine, we were astonished by the amount of 2016 election paraphernalia already on sale.

For example, despite the array of opinion on the GOP nominee in the Legal Insurrection comments, I think we can all agree on this: 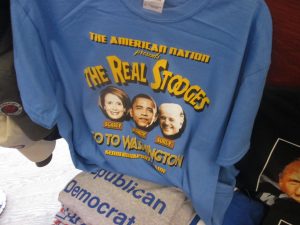 Andy may of us can also agree on this: 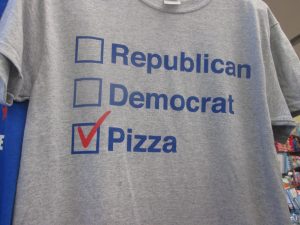 My loved ones follow my Countdown to Obama’s Last Day in Office page (as of this post, the count is 185), so they all offered to purchase this gem for me: 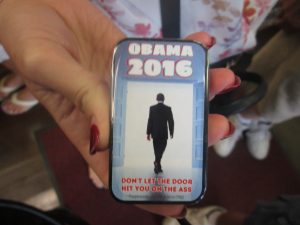 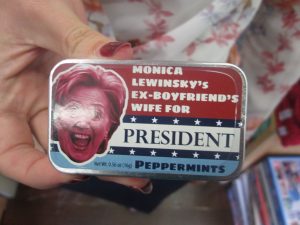 But my absolute favorite item had a more practical use: 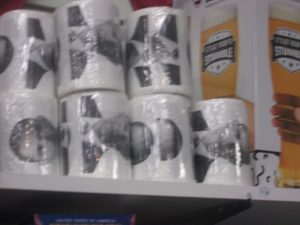 The store also had items that catered to Democrat voters as well! However, it was interesting to note that most of the items featured Bernie Sanders…and we noticed many more Sanders than Clinton signs and bumper stickers through our many drives in New England.

We also drove by the Bush estate. It appears that everyone is hiding out until after the GOP convention is over. 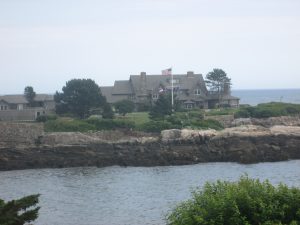 I hope this post signed some light on the state of the election!

Growing up, we vacationed twice in Kennebunkport. Stayed at the “Maine Stay Inn” both times. Best experience was kayaking with my mom in the Atlantic. Our guide was the only person that had permission from the Secret Service to land on the beach to the left of the last photo. When we were there eating lunch, Millie decided to poke her head through the bushes and start barking at us.

First time we went was great, as not many people knew of this little gem. The second time, many more people were there. Great small businesses, including B3, Bikes, Boards and Blades. Wonder if they are still open.

Were there any b> Bill Clinton for SCOTUS
Tshirts.

Nice picture Leslie. Love the lighthouse as I spend a lot of time on the coast of NC “under” the watch of the Cape Hatteras lighthouse.

I grew up where the Bad, enters the Missouri river. I now live on the high, semi desert plains in Colorado.

What I remember most about Maine when I was there is the low tide, tidal pools in the rocks along the coast. And the incredible life within them.

Well, the Green Party is pretty strong throughout New England and Jill Stein is a Bay Stater. So not so surprising that Sanders has more visibility. I think MA folks in particular are down on “establishment” Dems after 2 terms of Deval Patrick also. There is a reason why Charlie Baker glided into office. But the state still likes the 2 dopey Senators for some odd reason.

I hope this post signed some light on the state of the election!

I didn’t see any signatures but some light was shined!

I still have some Saddam Hussein tp.

I have the Hillary TP, it’s way to rough and irritating though. I hope those mints are strong enough to get the taste out of Monica Lewinsky’s mouth.

kennebunkport….the fake maine, otherwise known as massachusetts (or marthas vineyard) north.
not many sanders signs showed up in this area (25 miles +/- from bangor) this year, that surprised me.
with the overabundance of takers in the state (as a whole) I expected more.