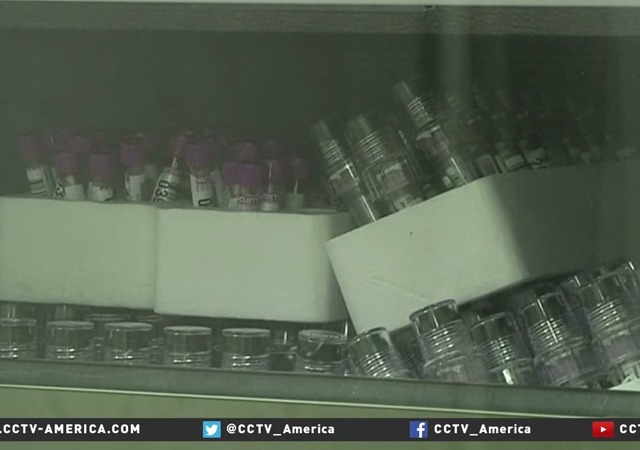 Russia prides itself in sports, but the World Anti-Doping Agency (WADA) recommended agencies ban the country due to a massive doping scandal that reaches the government.

1. The Moscow laboratory operated, for the protection of doped Russian athletes, within a State-dictated failsafe system, described in the Report as the Disappearing Positive Methodology.

2. The Sochi laboratory operated a unique sample swapping methodology to enable doped Russian athletes to compete at the Games.

3. The Ministry of Sport directed, controlled and oversaw the manipulation of athletes’ analytical results and sample swapping, with the active participation and assistance of the Federal Security Service (FSB); the Center of Sports Preparation of National Teams of Russia (CSP); and, both Moscow and Sochi laboratories.

Russia hosted the 2014 Winter Olympics in Sochi, where they won the most medals with 33.

At first, WADA recommended the Olympics ban Russia’s track and field team, but now they say the entire country should not compete in competitions:

1. Given that the Russian Ministry of Sport orchestrated systematic cheating of Russian athletes to subvert the doping control process; and that, the evidence shows such subversion in 30 sports, including 20 Olympic summer sports and Paralympic sports, the presumption of innocence of athletes in these sports, and in all Russian sports, is seriously called into question.

2. The Investigation determined that a high number of Olympic sports, non-Olympic sports and Paralympic sports benefited from the system orchestrated by the Russian Ministry of Sport. The presumption of innocence from Russian athletes in these sports is therefore seriously called into question.

What a blow to Russian President Vladimir Putin, who loves to show off his athletic abilities. Don’t forget he scored 7 goals in a hockey game.

But of course Putin plays the victim, blaming the report on anti-Russia politics:

“We are seeing a dangerous return to politics interfering with sport,” Putin said in a statement issued by the Kremlin Monday. “Yes, the form of interference has changed but the goal is the same: to make sport an instrument to apply geopolitical pressure” in ways that led to boycotts of the 1980 Moscow Olympics and the 1984 Los Angeles games over the Soviet Union’s entry into Afghanistan, he said.

Precious coming from a man who injects (pun intended) politics into everything. In March 2014, he decided the government will use leftover Olympics funds to start a fitness program from the Soviet Union. Russia even has a sports ministry, which suspended anti-doping advisor Natalia Zhelanova along with four other officials. Prime Minister Dmitry Medvedev also suspended Deputy Minister of Sports Yuri Nagornykh until the doping scandal ends.

The International Olympic Committee planned an announcement today, but delayed any decision so they could consult legal advice. However, the group has “started disciplinary actions related to the involvement of officials within the Russian ministry of sports and other persons mentioned in the report because of violations of the Olympic Charter and the World Anti-Doping Code.”

If I were a current Russian athlete, I would cheer this decision (to myself) so that I would not have to go to this year’s Olympics.

As for the doping issue itself, cheating by individuals is a sad occurrence, on a wholesale scale by a government, and apparently unknown to the athletes themselves, is intolerable. It should be a bannable offense.

Valeri, thats just BS! The report indicated the atletes were in on the con:

“Athletes, on instruction, would collect what were thought to be clean urine samples outside of the wash out periods for any PEDs they were using.
Rodionova would receive these samples from athletes and arrange for their freezer storage at the CSP. Dr. Rodchenkov would test some of these clean urine samples to ensure they were in fact not positive.

Once the clean urine bank was fully populated by the chosen athletes, the samples were then secretly transported by the FSB from Moscow to the FSB storage freezer in the FSB building located next to the Sochi Laboratory. The bank of clean urine sat in storage awaiting the swapping program at Sochi when
required.”

This doping was not intentional. They meant no harm. They didn’t know what they were doing. None of the vials were marked “Doping.”

Hey, Chicago, what do you say

The Cubs are gonna win today.

I hope they have a doping scandal in badminton. That would be hilarious.

All those TV shows we used to see in the ’60s about the coming wonders of the Twenty-First Century missed this development entirely.

Why bother doping? Just have the male athletes identify as women.

They a gov’t controlled Ministry of Sport? Ivan Drago comes to mind.