Another half a million standing by on North African shores, says senior EU official 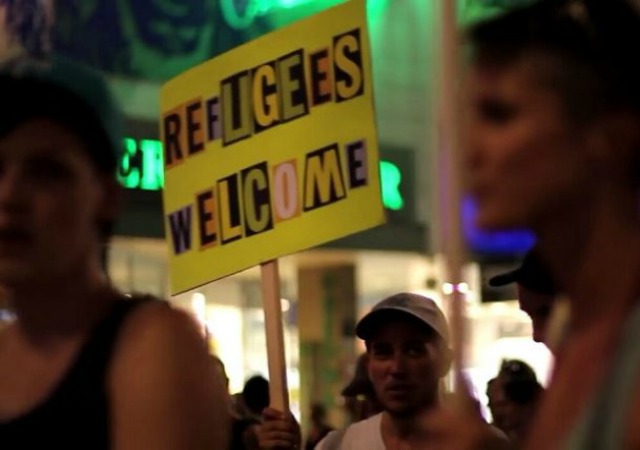 With terrorists associated to the Islamic State striking one European city after another, Secretary John Kerry went on CNN saying, the ISIS was “on the run.” The blood wasn’t yet washed off the pavements of Nice, France where an Islamist mowed down 84 people to death, an Afghan ‘refugee’ went on a stabbing spree in the southern Germany city of Würzburg.

As German decision makers go deeper in denial and continue to plead helplessness in face of Islamist attacks, terrorism is fast becoming the ‘new normal’ for Europe. Just hours after the terrorist attack in Würzburg, Germany’s Refugee-Czar Peter Altmaier reassured the country that “refugees posed no increase security threat.”

As if Europe’s unfolding horror scenario wasn’t scary enough, continent’s problems are teetering on the edge of getting even worse.

Last fall, Europe was overwhelmed by an unprecedented migrant crisis after Germany’s Chancellor Angela Merkel opened the EU borders by scrapping the law regulating the entry of migrants into Europe, the Dublin Regulations in place for over 25 year. As Merkel practically placed a big neon sign over Germany saying “Refugees Welcome”, millions of migrants — mostly young men from Arab and Muslim countries stampeded to get into Europe — lured by the promises of good life paid by the European welfare state.

Germany alone took in more than a million migrants in those last months of 2015 and Merkel looked at European countries to unload the new arrivals. But the East European countries rebelled, Nationalist parties surged in elections across Europe, and an anti-immigrant party sprang up in Germany — forcing Merkel and EU bosses to rethink their plan.

Incompetent to man their own borders, European leaders hired Turkey’s President Erdogan to keep the migrants from entering Europe through Turkey. According to EU estimates, over 3 million refugees inside Turkey hope to cross into Europe. EU Commissioner for Migration Dimitris Avramopoulos recently confirmed that another half a million migrants are standing by on North African shores.

The deal engineered by Germany’s Chancellor Merkel in March 2016, promised to give $6 billion to Turkey’s Islamist government as well as turning a blind eye to Erdogan Regime’s tacit support to Islamic State across the Syrian borders and its brutal repression of Kurdish fighters.

In light of last week’s failed military coup in Turkey, this deal now looks to be on the brink of a collapse.

On Tuesday, London-based Financial Times wrote, “Mr Erdogan’s response to the putsch has been a wide-ranging crackdown on the suspected plotters, complicating Ms Merkel’s efforts to keep in place her deal with Ankara that has helped cut migrant flows into Europe.” Reuters news agency reports:

Turkey abolished capital punishment in 2004, allowing it to open EU accession talks the following year, but the negotiations have made scant progress since then. (…)

Merkel told Erdogan on the phone that the European Union and Germany vehemently oppose the reinstatement of the death penalty and that such a step is “in no way compatible” with Ankara’s goal of EU membership, a Berlin government spokeswoman said.

“The chancellor also urged the president to abide by the principles of proportionality and rule of law in the Turkish state’s response (to the coup attempt),” she added. “The recent wave of arrests and dismissals in Turkey are a matter for grave concern.”

Merkel’s comments were echoed by Foreign Minster Frank-Walter Steinmeier, who told reporters in Brussels that Germany expected Turkey to deal with those responsible for the attempted coup in line with the rule of law.

Even if Berlin and Brussels manage to salvage the Merkel-Erdogan Deal at this point, Turkey has no intention of keeping its part of the deal.

Just weeks before the agreement was finalised, Erdogan threatened to flood Europe with refugees. “We can open the doors to Greece and Bulgaria anytime and we can put the refugees on buses” Erdogan reportedly told EU officials to their faces. “So how will you deal with refugees if you don’t get a deal? Kill the refugees?”

The decadent European political elite cannot and will not secure their own borders. They would rather have Turkey’s Erdogan stop the migrant influx for them. This relationship of dependency might one day prove fatal to the European civilisation.

Video: Turkey-EU Deal and Erdogan’s crackdown of civil liberties after the coup

The “refugees welcome” is condoning and promoting anti-native policies in Syria, and France, too.

I wonder how all those Europeans feel about letting their Prog Overlords disarm them now?

Europeans assisted or looked the other as 6 million Jews were killed. Their punishment is 10 million Muslims. When are liberals going to learn that you can’t COEXIST with people who want to kill you?!

The refugees are coming to take and not to contribute. Some are terrorists. Some are parasites. Some are passive invaders come to steal control and subjugate the native population.

On the bright side… there should never be a case of colon cancer among the EU elite. What with all the time they spend with their heads in a position to carefully examine their large intestine, any abnormal growth would be obvious.

Butt (heh!) think about the effect of that toxic, hairy suppository over time!

Let’s call them what they are. Not “migrants”, not “refugees”: invaders and would-be conquerors.

Ah, the irony is rich. Merkel says they can’t join the EU club if they reinstate the death penalty. Yet Merkel’s open border policy has sentenced hundreds of EU citizens to death at the hands of radical Islamic terrorists.

It’s almost as if she’s forgotten who her constituents are.

I fear we may never hear of Europe having another Crusade, this time to push back the invasion and take was is theirs.