Sharpshooter to the rescue 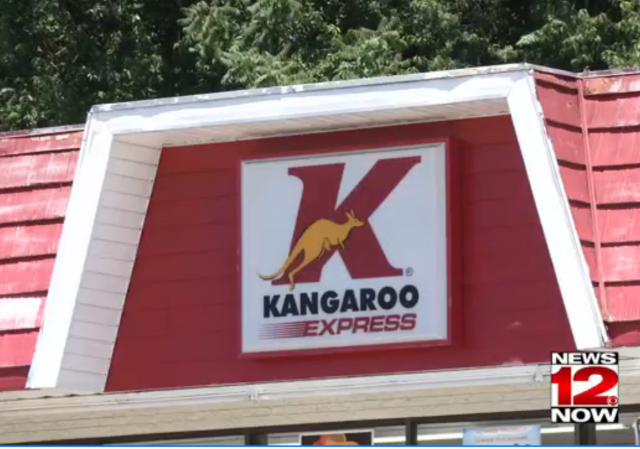 An armed citizen in Tennessee ended a hostage/robbery with a single deadly shot.

The would-be robber entered a corner store, wielding a large blade. After stealing the contents of the cash register, he took a female clerk hostage on his way out the door.

A customer ran to his vehicle, grabbed his gun, and shot the perpetrator in the chest once, killing him. The hostage was unscathed.

According to local law enforcement, the deceased perp had a previous criminal record. No names will be released until next of kin have been notified.

It’s more than 24-hours since a man armed with a knife was shot and killed at the Kangaroo gas station on Ringgold Road, and the identities of the armed robber and customer who killed the robber have yet to be revealed. Capt. Tim Mullinax said there was a good reason why.

“We’ve identified him but we have not made notification to next of kin yet. We’re having a difficult time tracking down next of kin of the person who was shot. Until we do that, we won’t be releasing anyone’s names,” Mullinax said.

East Ridge Police did however confirm that although they had no prior dealings with the robber, he does have a Hamilton County criminal record. They also confirmed surveillance video shows the events inside the store during the robbery, but are not sure if it actually shows the robber being shot. That video won’t be released until the case is cleared. For now, the story goes like this:

The robber entered the store with a knife, stole cash and cigarettes then took a female store clerk hostage as he tried to exit the building.

“They encountered a customer on the front sidewalk. The customer ran back to his vehicle and retrieved a weapon. The suspect who was shot confronted him and he fired at least one round striking him in the body,” Mullinax said. He also went on to say the robber was still holding the woman hostage when he was fatally shot and that the armed customer got lucky.

The customer managed to fire off a fatal round into the robber’s chest without hitting the hostage. The customer is not facing any charges, but had he hit and killed the store clerk, charges could be pending.

Local news called the shot “lucky,” but it sounds like the work of a skilled marksmen to me.

That’s the kind of story I love!

Today the name reminds me of our “Justice” System for some reason.

The press call it a “lucky shot”. A cop would call it a “righteous shot”.

Well, it was lucky for the hostage that the armed customer was there…

No, Police Chief Mollinax said that; the media was quoting him.

It sounds like the chief is one of those little local tin-pot dictator types who doesn’t like the Second Amendment because in situations such as this, the need for police (his little fiefdom) is somewhat obviated.

Or he recognizes the difficult nature of shooting a perp with hostage. The hostage is lucky the shooter was so skilled, or just plain lucky. Even the best-skilled shooter can miss the target, or hit the wrong one, in a highly volatile, high-risk circumstance. All’s well that ends well.

Insufficiently Sensitive in reply to JackRussellTerrierist. | July 6, 2016 at 12:54 am

No, Police Chief Mollinax said that; the media was quoting him.

Looks like Chief Mollinax was preaching to the lowest common denominator, and wanted to discourage all competent marksmen – as well as everyone else – from applying skillful use of a firearm. Condescending, yes. Practical, maybe. But he should have congratulated the shooter for succeeding, instead of trying to publicly degrade the success.

This was local to me and yes, East Ridge is indeed a throwback town.

As Rickson Gracie said after a ‘lucky’ win in the UFC over Oleg Taktarov: “It’s funny; the harder I train, the luckier I get!”

When a fight involves a Gracie, the “lucky” one is the opponent who leaves the ring without a broken bone, joint or torn ligament.

Guy will be prosecuted, his last name isn’t clinton.

This is the kind of “gun control” America needs.

And to think the claim remains by the gun grabbers that legally armed armed citizens never have and never could help stop a terrorist event.

“. . . The customer is not facing any charges, but had he hit and killed the store clerk, charges could be pending.”

Yes, and if the thief had ridden in on a Unicorn, whilst crapping Skittles, it would have really, really been a problem.

Sheesh, it’s almost like the chief wanted the hostage killed or something . . .