The police have described the young men as foreign individuals. 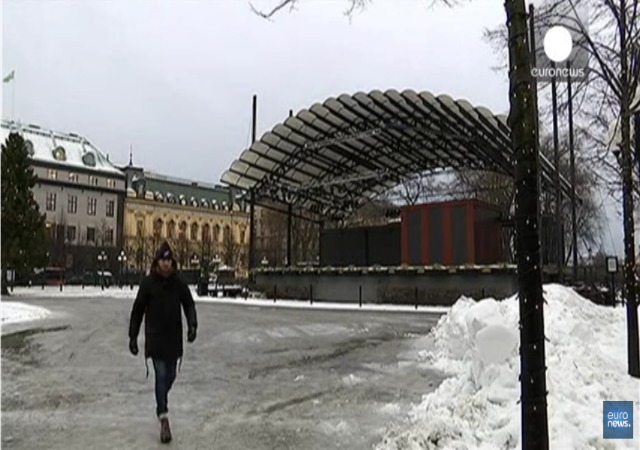 The Swedish police face over 40 reports of rape and sexual assault at two music festivals over the weekend in Karlstad and Norrköping.

The victims are mostly under 18-years-old with three under 15. The youngest victim is only 12-years-old.

In Karlstad, Inspector Leif Nyström confirmed they have 32 reports of assaults at the festival Putte i Parken:

“These were reports of women being touched in unwanted places, such as on their breasts and on their bottoms and inside their underwear,” he said.

The police have been examining seven suspects, six of them foreigners, whose ages range from under 18 to 35, Inspector Nystrom said; no arrests have been made.

Authorities also want to find “a man who speaks ‘flawless Swedish’ in connection with one of the five rapes at the first festival.” Alexandra Larsson, 17, did not see who “exactly assaulted her at Putte i Parken,” but she definitely knows the young men who surrounded her were “not from a Swedish background:”

“They were probably immigrants. I hate to say it. But it is the truth,” she said.

A man had come up behind her and started grinding against her, she said. A young man had groped one of her friends through her jeans.

Unfortunately, this is not the first time sexual assaults have occurred at Swedish festivals:

The Swedish police have already been under scrutiny. The Swedish newspaper Dagens Nyheter accused the police of failing to publicize details about sexual assaults at a festival in Stockholm last summer until the newspaper drew attention to the episode. The newspaper also accused the authorities of failing to warn the public ahead of the festival that similar attacks had taken place in 2014 and suggested that the police were trying to avoid an anti-immigrant backlash.

Police tried to take action by passing out anti-groping campaign bracelets to raise awareness, but now people have demanded they do much more. Mumfod & Sons said they will not return to the Bravålla festival until they receive guarantees over security.

Where are the Swedish men? I’m trying to imagine what would happen if some scumbags groped and raped women/girls at the big music festivals here… they’d probably get shot and/or have their skulls cracked open like melons on the sidewalk.

My daughter was a month old on Monday. Having a baby girl changes your perspective. I read these articles and imagine my baby in that situation and I shudder to think of what I’m capable of if someone were to hurt that little girl. I can’t even imagine what it has taken to cow these descendants of the Vikings to the point that they take the violation of their daughters without batting an eyelash.

I don’t believe there are any Swedish men.

So all the police will say is they were foreign young men. As usual thats code for Muslims but we dare not say that now can we.

It snows in Sweden in July?

As for the story, white culture has been beaten almost to death by political correctness. There are two choices: stand and fight in self-defense; or crawl into a hole and die.

Written on wall in urinal in Syria: for a good time, go to Sweden.

This is like a bad Saturday Night Live gag being played out in real life.

And this time they really mean it!!

What’s the big deal? Swedish politicians have decided being raped by immigrants really isn’t that bad.

Well yah! You wouldn’t want to make a stink, lest the poor misunderstood immigrant might be deported!

ISIS is correct in stating that European women will wear the veil and Europe will do nothing to stop it. If you still think this mass exodus of men from the middle east to Europe is coincidence or just some poor people looking for a better life, you’re gravely mistaken.