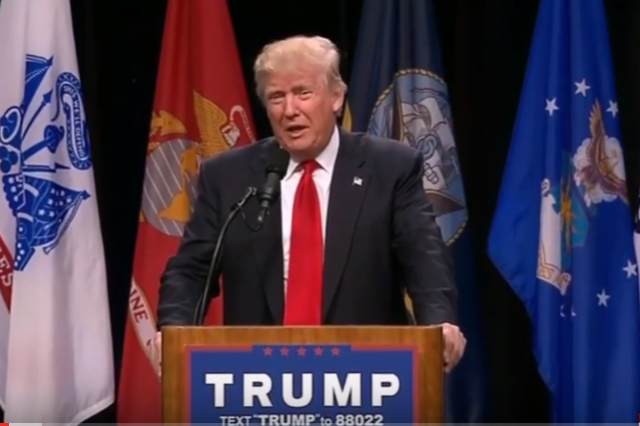 The attack went on for over a year.

DNC officials and security experts said the hackers read emails and chat traffic. They believe they did not gain access to donor’s private information, leading them to call it “traditional espionage” and not “criminal hackers.” From The Washington Post:

“It’s the job of every foreign intelligence service to collect intelligence against their adversaries,” said Shawn Henry, president of CrowdStrike, the cyber firm called in to handle the DNC breach and a former head of the FBI’s cyber division. He noted that it is extremely difficult for a civilian organization to protect itself from a skilled and determined state such as Russia.

“We’re perceived as an adversary of Russia,” he said. “Their job when they wake up every day is to gather intelligence against the policies, practices and strategies of the U.S. government. There are a variety of ways. [Hacking] is one of the more valuable because it gives you a treasure trove of information.”

In late April, CEO Amy Dacey’s operations chief told her that “their technology team had noticed some unusual network activity.” Dacey called lawyer Michael Sussmann, who then asked Henry to install software to find the hackers:

The firm identified two separate hacker groups, both working for the Russian government, that had infiltrated the network, said Dmitri Alperovitch, CrowdStrike co-founder and chief technology officer. The firm had analyzed other breaches by both groups over the last two years.

One group, which CrowdStrike had dubbed Cozy Bear, had gained access last summer and was monitoring the DNC’s email and chat communications, Alperovitch said.

The other, which the firm had named Fancy Bear, broke into the network in late April and targeted the opposition research files. It was this breach that set off the alarm. The hackers stole two files, Henry said. And they had access to the computers of the entire research staff — an average of about several dozen on any given day.

Alperovitch also said the two groups did not work together. Fancy Bear has connections to the Russian military service GRU. They do not know for sure about Cozy Bear, but the company believes they might work for “the Federal Security Service or FSB, the country’s powerful security agency, which was once headed by Putin.” The Kremlin called the FSB the KGB during the USSR. No one is shocked that the companies do not work with each other:

The lack of coordination is not unusual, he said. “There’s an amazing adversarial relationship” among the Russian intelligence agencies, Alperovitch said. “We have seen them steal assets from one another, refuse to collaborate. They’re all vying for power, to sell Putin on how good they are.”

Russian hackers targeted the White House, State Department, and Joint Chiefs of Staff in the past. They also hacked into universities in the U.S., Canada, and Asia.

Tensions between Russia and the U.S. continue to elevate since the Kremlin invaded Ukraine and annexed Crimea in 2014. To make matters worse, Russian officials have threatened former Soviet republics, which have forced NATO to bump up security in Eastern Europe. Russia has responded by placing more military close to their border with Ukraine.

Question…. “Were the security measures for the DNC system “more robust” than Hillary’s bathroom server? Would be interesting to know how many nations binge watched Hillary’s email server. She has probably kept more secrets from the American people than the rest of the world.

Without a doubt the best post I have read in a long time!
🙂

Reporter to Hillary, Did you wipe your server?

Hillary, You mean with a cloth? Cackle, cackle …

Not to worry! Shrillary’s email server was cleverly hidden in a bathroom closet where the Russian hackers wouldn’t think to look. No story here, move along.

Not sure how big of a secret that oppo research is.
Kremlin does their top secret memos on typewriters.

I hope they find the email Trump sent to Monica Lewinsky’s ex-boyfriend’s wife promising to throw the election to her. Between the DNC’s and Hillary’s servers there has got to be a copy of it somewhere! It’s the only explanation I can think of for the reason we’re stuck with the two worst candidates of all time.

Do you mean to tell me that the DNC didn’t voluntarily share the oppo research with them? (You know, “The enemy of my enemy…”, “birds of a feather…”, yada yada yada.)

Maybe if the Russians had made a $250k contribution (aka, speaking fee) to a specific, well-placed “global initiative” they could have saved themselves a lot of effort.

What enemy? Russians are emphatically pro-Trump, both on popular level and in Kremlin.

Oh! I thought the Kremlin would be backing the [less or more openly] Socialist candidate that the Dems nominated [HRC or Bernie, respectively].

Naaaah. Trump and Putin are best buds. Hey, if I was Putin, I too would want to see Trump as POTUS.

Trump wants to be buddies with Putin, in any event. Putin has a pretty good idea about how to handle Trump. Don’t tell Trump devotees, though, it’s not what they want to hear.

They should have put it on Hillary’s Server where it would be safe!

Here’s what the hackers found out: “Trump has proven already that he’s completely malleable. I don’t think he has any fixed opinions that he would really go to the White House and fight for.”

This seems to be a subliminal message about the email server.

Re: Hillary’s server and subliminal message…

Breitbart is reporting that sources claim that the Russian government intercepted and will release [some of] Hillary’s emails.

Trump just gained more supporters, they learned he is an honest man. Nobody likes a deceitful liar and they would rather deal with an honest man.

The White House reacted to reports that Russian hackers penetrated the Democratic National Committee’s computer network by complaining that Republicans have blocked additional money for funds to enhance the nation’s cybersecurity.

“This administration takes our nation’s cybersecurity quite seriously,” press secretary Josh Earnest said, referring to a proposal in the president’s budget that would increase resources to guard the nation against hacks of this nature.

“Republicans for the first time in 40 years declined to even hold a hearing on that specific budget proposal, which means that the president has put forward a specific plan, laid out exactly how he believes we should pay for [enhancing] our nation’s cybersecurity, and Republicans in the House and Senate have indicated they don’t even want to talk about it,” Earnest said. “So, that’s rather disappointing.”

Comment on the article:
Wait, why are taxpayers responsible for this? Aren’t the DNC and GOP fully supported by donations?!

I should be more upset about this than I am. :0)

I’m sure that the firewall was at Trump-related info. No favorite Huma favorite lube info from Grandma Clot.

I’m sure that the firewall was at Trump-related info. No favorite Huma lube info from Grandma Clot.

The game of espionage never really ended between the great powers of the world, and even some lesser powers became very, very adept at it to gain leverage or power by being ahead of the curve.

The Russians determined LONG ago that the best way to go about intelligence gathering was to go after the PRIVATE SECTOR data and to know who the major players were and then to find their psychological or emotional weak spots and apply pressure. Gently at first, but in a manner that can be rapidly increased on demand to cause those players to make critical mistakes at key moments, which can then be used as leverage.

P.S. – This is one of my FAVORITE techniques against opposing counsel when my clients have the time and money to put into it; to KNOW what the opposing party’s psychological triggers are and to pull them while that party is testifying on the stand to get them to start ranting uncontrollably.

Invariably it makes a jury go from thinking of the witness as “this is a reasonable person” to thinking “this person is utterly psychotic” in a matter of minutes. If you can make it happen fast enough, sometimes you can visibly see the jurors shift back in their seats.

Back to the espionage, I would not be at all surprised if the Russians have something on Clinton that Clinton would put her over a barrel. The real question is who do the RUSSIANS want to win:

A.) A blowhard who is a decent negotiator in private and will actually cause worldwide economic growth (Trump); or

B.) An ineffectual leader who can be trounced on the world stage over and over again, and while that public trouncing is happening, the Russians can spread influence back to Latin America and South America (Clinton).

Did they steal this, too?

This is some of the most dishonest media reporting of the year.

The Russians steal data from the DNC because the DNC and Hillary Clinton don’t safeguard their data, because it’s easy to to so. The Democrats never learned anything from a year ago when Israel was spying on Debbie Wasserman Schultz (who was running around talking on insecure lines).

The media frame this action as somehow an attack on Trump.

I’m sure that Russia got the opposition research on Trump in addition to a lot of other more valuable things. I’m also fairly confident that the power Democrats haven’t learned a damned thing.

Has any one read this report? I looked over it and it sure looks fake to me, just another way to get bad press on Trump.