Prohibits public entities from contracting with those engaged in discriminatory boycotts. 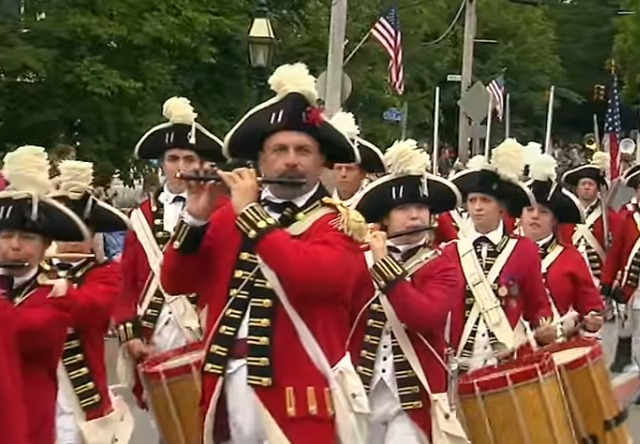 The Rhode Island legislature has joined numerous other states in passing legislation prohibiting the state and its subdivisions from contracting with entities involved in discriminatory boycotts, which would cover the Boycott, Divestment and Sanctions (BDS) movement. Signature by the Governor is expected.

Such boycott anti-discrimination laws have been on the books for decades in New York and California. The New York law caused the GreenStar Food Coop in Ithaca to reject a BDS resolution, and the California law forced the BDS-compliant American Studies Association to abandon its annual meeting policy of excluding representatives or officials of Israeli universities.

The key component of the legislation passed by the RI House of Representatives provides:

(Providence, RI, June 18, 2016) – Rhode Island’s General Assembly took a decisive stand against discrimination and bigotry targeting Israel. By a vote of 63-4, the House passed the legislation on June 16 and the Senate passed H7736 on June 18 “in concurrence”, which calls for “Anti-Discrimination In State Contracts.” The legislation prohibits the state from contracting with companies that engage in boycotts of allies and trade partners of the United States, including the State of Israel. The bill is pending Governor Gina M. Raimondo’s signature.

“Passing this new law sends a clear message that the State of Rhode Island will not support those that participate in campaigns fueled by intolerance and anti-Semitism—like the Boycott, Divestment and Sanctions (BDS) movement which singles out only Israel for economic isolation. StandWithUs looks forward to this legislation being signed by Governor Raimondo and welcoming Rhode Island into the panoply of states passing similar legislation,” stated Bracha Stuart, Executive Director for the Rhode Island chapter of StandWithUs, an international Israel education organization.

StandWithUs has long been involved in educating key legislators about the issues relating to anti-boycott legislation. Rhode Island enjoys tens of millions of dollars in annual economic trade with Israeli entities, in addition to business done with many other partners who have commercial interests in Israel.

H7736 exercises Rhode Island’s own right to choose the companies whom it will contract. It clarifies that if an entity chooses to engage in Boycott, Divestment Sanctions (BDS), the state can exercise its right to not support that entity. Exercising such discretion with taxpayer funds is an important part of reinforcing economic interests, public policy and the basic ethical standards of government.

Stuart ​ maintains the legislation is the result of many community organizations providing grassroots support and credits The Israel Allies Foundation (IAF) for its leadership on the issue.

IAF U.S. Director Joseph Sabag stated, “This is a great accomplishment for the pro-Israel community, and a resounding defeat for the BDS Movement.” Sabag, who is a legal resource for many state legislators on anti-boycott bills, is clear that this law does not infringe on the 1st Amendment right to free speech. “This law does not say a group cannot boycott Israel or advocate for boycotting Israel. It does not penalize any private party’s exercise of free speech.”

Deputy Majority Leader Rep. Mia Ackerman (D-45, Cumberland, Lincoln), who introduced the House bill stated that, “Rhode Island is at a crossroads and we need to reinvigorate our economy. This is especially true of new industries such as high-tech, science and medical and other knowledge-based industry. Today’s interdependent global economy requires that trade policy be developed both at the national and state level. One of our greatest trading allies is the State of Israel, the only democratic, non-discriminatory country in the Middle East.”

“This new anti-discrimination/boycott law is a matter of sound economic, public and foreign policy. We salute Representative Ackerman and Rhode Island’s legislature for their leadership and public service, including co-sponsors Representatives Cale Keable, Christopher Blazajewski, Jospeh Shekarchi, Robert Craven. We thank the Jewish Alliance of Rhode Island and the Israel Allies Foundation for their partnership that led to passage of this crucial legislation,” concludes Stuart.

Mia Ackerman is doing the bidding of our local branch of the Israel lobby by promoting a bill, H7736, that is engineered to scuttle the efforts of those who would like to boycott Israel.

Anyone who is still apologizing for Israel following the recent pograms in Gaza, Bibi Netanyahu spiting the most powerful schwartze in the world by speaking to Congress last year as a cheap dig at the Iran nuclear deal, and the recent declarations by mainstream Israeli political and military figures that the polity is lurching towards fascism is either totally deluded by hasbara, the Israeli brand of propaganda that has hypnotized America for three decades, a neoconservative, or three degrees below Hannibal Lecter in terms of taste and morality. Whereabouts Mia Ackerman falls on that line is yet to be discerned, mostly because I find her gaudy red, white and blue accoutrements while doing the dirty work of a foreign government so bourgeois, particularly when I am funding it as a taxpayer.

Gaza was a pogrom? With offensive clowns throwing around historical inaccuracies, it’s no wonder BDS is losing in state after state.

Despite the hoopla, there’s almost no constituency for BDS in this country. It works in Europe because Muslims are a growing voter block and BDS-type measures are “cheap eats” for white politicians looking for a date.

Here, other than college bubbled whites, Muslims, and some African Americans (for whom BDS is a low priority), there’s no “there there.”

Meanwhile Shurat Hadin, which leads the fight against BDS, has warned Boeing that any aircraft Iran buys will immediately be tied up in liens to satisfy the billions of dollars in judgments that the group holds against Iran.