UCLA gunman killed his wife in Minnesota before he killed a professor on campus. 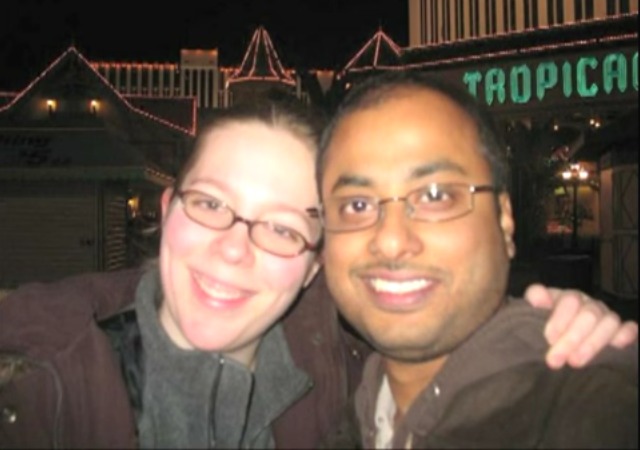 Police have connected a murder in Minnesota to the man who killed a UCLA professor and then himself.

Sarkar apparently believed Klug had stolen some of his work while he was a doctoral student at UCLA.

Sarkar’s motive for Hasti’s slaying remains unclear. The two were married by a justice of peace in 2011, said Hasti’s grandmother, Jean Johnson. The couple split about a year later and Hasti moved back home to Brooklyn Park.

Johnson said the couple “just didn’t get along,” but never divorced because “Hasti couldn’t afford one.”

Sarkar also left a note asking someone to check on his cat in Minnesota, which they did with a search warrant. That led them to the kill list. He also named another UCLA professor, but he was not on campus at the time and remains unharmed.

The police still need to find a “gray 2003 Nissan Sentra Sarkar drove from Minnesota to California.” They do not know if he committed any other crimes on his way, but that is “something the police chief says they’re investigating.”

Sarkar graduated from UCLA in 2015 with a Ph.D. in mechanical engineering. The Star Tribune reported that he called Klug “a sick person” in a blog post and also accused the professor of stealing his work:

“I was this guy’s Ph.D. student,” he wrote. “We had personal differences. He cleverly stole all my code and gave it [to] another student. He made me really sick.”

Sarkar remained on a “website for Klug’s research group.” He also had Klug listed as his advisor on “an online abstract of his dissertation.” The entire UCLA remains in mourning over the beloved professor:

UCLA Chancellor Gene Block described the mechanical and aerospace engineering professor as “a respected, dedicated and caring faculty member” in a statement Thursday.

“Our entire UCLA family is mourning,” he said.

Alex Hasti paid tribute to his sister on Facebook:

Alex Hasti wrote of her sister: “Ashley Hasti … was the smartest, coolest, and funniest person I knew. She could do anything she dreamed of whether it was studying abroad in four different countries, acting in school plays, trying stand up comedy and improv, and becoming a doctor. Unfortunately, she won’t get to see that last dream come true as her life was cut short much too soon by her estranged husband.”

I’ll comment: I am not surprised at any story about someone named something like Sarkar murdering a few people, but that’s just me.

He couldn’t memorize three names? – He had to keep a list?

Apparently an affirmative-action hack and an infantile narcissist who couldn’t be faced with the truth of his inadequacies. Kind of like Obama the other day, sputtering like an idiot off-teleprompter when he was trying to trash Trump.

Here’s another affirmative-action loser (in his fifth year as an undergrad) who committed a murder at UCLA:
http://www.latimes.com/local/lanow/la-me-ln-charges-ucla-student-murder-20150929-story.html

Two ‘thumbs-down,’ likely by one affirmative-action hacks and and an infantile narcissist.