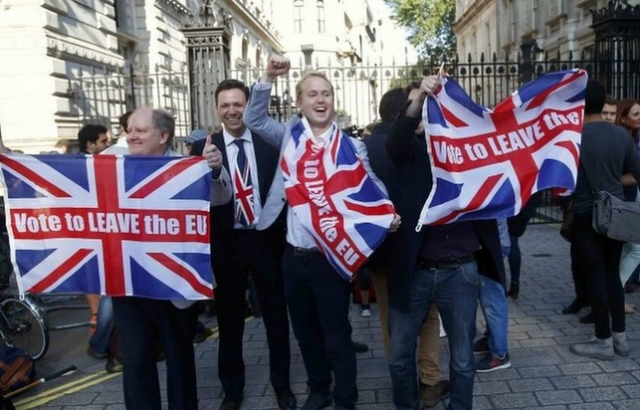 There is no single reason Britons voted to sever ties with the European Union, but for many, decentralized, unelected foreign bureaucrats with bone-headed, meddlesome ideas was all the convincing needed to call it quits.

So ridiculous were some of the EU’s proposed regulations that even the wildest American legislators look somewhat sane by comparison.

A handful of overly nitpicky proposals provide a glimpse into a microcosm of over-reach frustration.

In 2013, the EU pissed off the entire union over a proposal that would’ve banned those little refillable jars of olive oil kept on restaurant tables for delicious bread-dipping in favor of sealable jars.

Brexit agitator and organizer, Nigel Farage, rightly mocked the idiocy, “I’m sure the citizens of Europe will all clap and cheer loudly that the grave and mortal danger of olive oil in dipping bowls has been removed by the officials. Well done, everybody.”

Public outcry over the proposed olive oil regulation ultimately resulted in its demise, but the damage had already been done.

Was the olive oil decree the last straw?

In May, 2013, Julie Butler reported in Olive Oil Times that countries who favored the new rules for serving olive oil included, not surprisingly, the territories where much of the world’s highest quality olive oils are produced — Italy, Spain, France and Greece, among them. Voting against the move were nine countries, while the UK abstained.

But in a post on ABC News, the AP’s Raf Casert pointed directly to the olive oil controversy as an example of the underlying resentment that may be fueling the “British Euroskeptics who have railed for years against what they see as the EU’s excessive intrusion into daily life with a long list of petty rules.” Here was a case in point of “overreach that promised to irritate everyone who loves to dip crusty bread into oil,” he said.

The EU has kept new eco-restrictions for high-powered appliances like hair dryers, tea kettles, and toasters close-chested until after the Brexit referendum vote, for fear the new regulations would be perceived as targeting Britain’s favorite breakfast — tea and toast. Doesn’t matter so much now but still, toasters and kettles?

Matthew Holehouse reported for The Telegraph:

The European Commission plans to unveil long-delayed ‘ecodesign’ restrictions on small household appliances in the autumn. They are expected to ban the most energy-inefficient devices from sale in order to cut carbon emissions.

The plans have been ready for many months, but were shelved for fear of undermining the referendum campaign if they were perceived as an assault on the British staples of tea and toast.

A sales ban on high-powered vacuum cleaners and inefficient electric ovens in 2014 sparked a public outcry in Britain.

EU officials have been instructed to immediately warn their senior managers of any issues in their portfolios that relate to the UK and could boost the Leave campaign were they to become public.

The decision to push ahead with the plans soon after the British vote was revealed by Jean-Claude Juncker, the European Commission president, at the weekly College of Commissioners meeting on April 20.

However, several products may be granted a stay of execution, as officials admitted the plans are a lightning rod for public anger at perceived meddling by Brussels.

They should’ve dressed like Indians and thrown the energy efficient toasters into the English Channel. But I suppose voting to leave the EU works too.

“EU officials have been instructed to immediately warn their senior managers of any issues in their portfolios that relate to the UK and could boost the Leave campaign were they to become public.”

And it never occurred to anybody in Brussels that if you have to hide something for fear of offending people, maybe you shouldn’t do it at all?

THIS is why Big Government is a bad thing. Because it attracts imbeciles and then gives them power.

“Because it attracts imbeciles and then gives them power.”

I think it also attracts sociopaths who should never be given any power. Sociopaths want to control people and they will destroy anybody who does not submit to their control. Any similarity to the EU elite?

It not only GIVES them power, it ENTRENCHES them in power. And then they expect the rest of us to get on our knees. Fuck that and fuck them.

So did the EU mandate how many liters their toilets could flush, or what kind of light bulbs they could buy? Oh wait, that would be the US, not the UK.

The EU and UK also regulate light bulbs (no incandescents) and toilets (no more than 6L/flush).

The more I read about this, the more I think Israel is more democratic.
They explained the situation of their water resources to the people and made provision for two flushing mechanisms on the toilets to provide more or less water as the case necessitated.

ISIS will have no problem ruling the rest of the EU.

The EU is a broken model and will crumble. Britain may struggle short term but they will reap the rewards in the long run.

I think the EU will attempt to undermine Britain while “appearing” to help them. If a sociopath cannot control you, he will destroy you. Britain needs to be tough and it needs friends to offset the globalist enemies.

The EU will not passively sit by and watch their world government prototype fall apart. Toasters and light bulbs are psychological tools with a purpose (see Aesop’s The Parable of the Boiled Frog). The substance is stupid but the process is not. Do not underestimate your opponent.

Is there anything to this, or is it tabloid nonsense?
http://tinyurl.com/hhvjuyx

Years ago friends in the UK were complaining that it was illegal to plant English Oaks. The trees were somewhat susceptible to parasites, and did not meet EU standards for insect resistance.

I guess the bureaucrats had no other pressing issues to address and justify their pay. Just like the geniuses in the US who figured out how to ruin the gasoline spout I use to fill up my lawn mower.

The trees were somewhat susceptible to parasites, and did not meet EU standards for insect resistance.

And, if anyone knows about parasites, it’s Their Betters in Brussels.

Lowering the wattage on an electric kettle doesn’t make it any more efficient. It still takes the same total amount of energy to bring water to boil, it just takes longer to do it. Likewise, the only way to make a low-wattage toaster is to make it toast fewer slices. This isn’t about saving energy, it’s about punishing people of a certain culture and class.

So ridiculous were some of the EU’s proposed regulations that even the wildest American legislators look somewhat sane by comparison.