It’s a [omitted] job, but someone has to do it 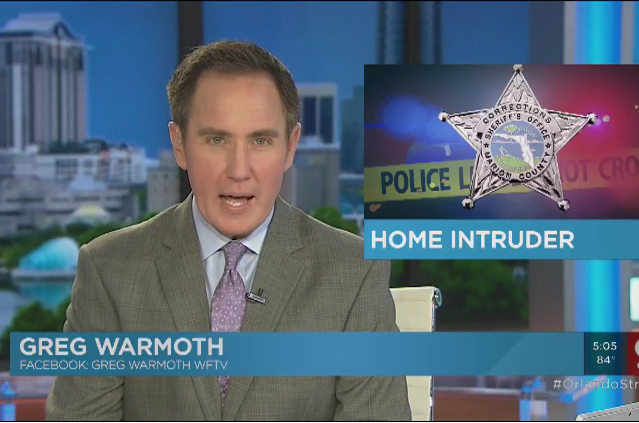 27-year-old Victor Etherington, who, according to deputies was intoxicated, demanded entry to an Ocala residence. The homeowner (name still unknown), not recognizing him, told him to leave.

The poopetrator kicked in the door, prompting the woman to take refuge in her bedroom, grab a .22, and call 911. Etherington chased her upstairs, removed his soiled shorts and forced his way into the closet, and that’s when the homeowner shot him once in the gut.

When police arrived on the scene, they found Etherington in his birthday suit, bleeding, covered in poop, hiding behind the bedroom door.

Authorities indicated Etherington lived in the house prior to the current residents.

When deputies arrived at the home in Northwest Ocala, they found Victor Alex Etherington naked and hiding behind the bedroom door.

He had defecated on himself, the Marion County Sheriff’s Office said.

The incident happened Sunday evening when Etherington started knocking on the 54-year-old homeowner’s window and demanded she let him in, deputies said.

The victim was not identified by investigators.

The woman told Etherington to leave, but he kicked in the door and chased her upstairs to her bedroom, deputies said.

The woman told investigators she locked the door, called 911 and armed herself with a .22 caliber handgun.

She locked herself in the bedroom closet when Etherington forced his way into the bedroom, deputies said.

Once inside, the man took off his shorts — “which he had defecated in” — and forced his way into the closet, at which point the homeowner shot him in the stomach, a sheriff’s office report said.

“The intruder ended up with no clothes on in her bedroom,” Lauren Lettelier of the Marion County Sheriff’s Office said.

Deputies arrived at forced their way into the home and found Etherington naked and hiding behind the bedroom door, the report said.

He was in the Intensive Care Unit, but his condition was stable, they said.

The homeowner did not know the intruder, but detectives believe he lived in the home for about 12 years before moving, the sheriff’s office report said.

Deputies said the man was intoxicated and was in the wrong home.

Fla man needs to put this on twitter asap

It’s a crappy story, although with a happy ending at least for the homeowner.

Guns are scary. Girls with guns more so. We can choose to ban guns, girls, or girls with guns. Stop humiliating rape-rapists, abortionists, and other criminals.

Cocaine is a helluva drug.

Now lets remember that if she did not have access to a fire arm because certain people believe guns are possessed by the devil to do bad things, this could have ended a lot worse. This is why I am encouraging my female family members to arm themselves!

This guy was SOL.

People should start sending “Florida Man” Bills. “Florida Man” keeps pulling these stunts and it’s got to stop as people are tired of cleaning up after him. Now his poop, blood, and associated bone and meat fragments and other associated gore?

That apartment will have to be professionally cleaned, repainted, and recarpeted, if not torn down entirely and rebuilt.

I thought it was the woman who was supposed to soil herself if threatened with rape. Maybe the guy self identified as a girl.

Florida woman needed a larger caliber gun. When someone chases you inside your house it’s time to end them RFN.

Somebody needs to start a gofundme site to get her a 9mm glock.

Hmmm. Deputies “forced their way into the home” … but the perp had already “kicked in the door”, so why was additional forcing necessary? It sounds like a union job.

When I saw the headline, I thought – WTH, Kimberlee? Must be a slow news day.

Then I saw this: The poopetrator… and I knew this whole story is just a set-up so she could use ‘the poopetrator’ in a sentence.

Like the term. Will add it to my file of names for the head of the current administration. Poopetrator-in-Chief seems to fit him very well.

I believe we actually have a 2 pooper incident here. The drunken pervert had already pooped himself before he took off his shorts, but then it says that when the police found him behind the door he had defecated himself. So I believe we have a Poop, Gutshot, Poop incident, here. The charges from this one should be interesting.

Again, why no description of the intruder in the report…was he Black, Illegal, or Muslim?

Well, he was definitely not constipated.