“Scheipers is a fanatical proponent of the Catholic Church and thus likely to cause unrest among the population.” 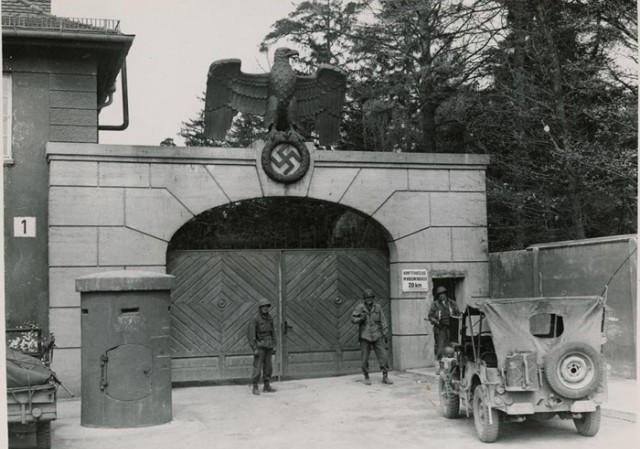 The last Catholic Priest to survive the Nazi labor camp in Dachau passed away earlier this month. He was a few weeks away from his 103 birthday.

Imprisoned in 1940, Father Hermann Scheipers escaped in 1945 during a death march.

Dachau had a large population of priests: some 95% of the 2,720 clergymen imprisoned there were Catholic.

Father Scheipers died June 2 in Ochtrup in Münsterland, the same town where he was born on July 24, 1913.

His work among young people, soon after his ordination, drew the attention of the Nazis. An obituary at KNA, a German Catholic news agency, translated by Mark de Vries, noted:

Because he was sympathetic with Polish forced laborers, celebrated Mass with them and heard their confessions, he was arrested [in] October of 1940 and brought to Dachau five months later. His file, which he came across by chance, states the true reason for his arrest: “Scheipers is a fanatical proponent of the Catholic Church and thus likely to cause unrest among the population.”

He wore the number 24255 on his prison uniform.

Father Scheipers recalled the way the camp commander welcomed him and his fellow inmates: “You are without honor, without help and without rights. Here, you can either work or perish.”

The sign over the entrance to the prisoner camp famously read, “Arbeit macht frei,” or “Work will make you free.”

Father Scheipers’ obituary said that like many of the priests in Dachau, he “slaved away as a field worker, receiving mostly watery soup to eat. Persons who aren’t fast enough are whipped, hung by the arms or drenched with icy water. Many die.”

“The only thing one could do was escape or pray,” Father Scheipers recalled in his memoirs, Gratwanderungen – Priester unter zwei Diktaturen (Balancing Act – Priest Under Two Dictatorships).

At one point he was in danger of being sent to the gas chamber, but was spared death when his twin sister, Anna, pleaded with officials in Berlin, warning them of a strong reaction among the Catholic population in Münsterland if such an execution were to occur.

A fellow priest was not as lucky, and years later, Father Scheipers would movingly recall how he gave him his ration of bread before he was taken to his death. “Every time when I celebrate Mass and break the bread, I think of that,” he said.

After the war he returned to his former place of work in the Diocese of Dresden-Meißen. He resisted those in power in the German Democratic Republic (East Germany). When Scheipers found his Stasi file after the fall of communism, he discovered that 15 spies had been on his case and that a trial against him for distributing subversive propaganda was to be convened.

Last month, a clip of Father Scheipers’ account of his time in Dachau was published to YouTube, though it’s in German:

“Father Scheipers would movingly recall how he gave him his ration of bread before he was taken to his death. ‘Every time when I celebrate Mass and break the bread, I think of that,’ he said.”

The gripping power of Eucharist is not lost on the faithful who have faced profound suffering.