Igniting the Fight on Climate Alarmism

Igniting the Fight on Climate Alarmism 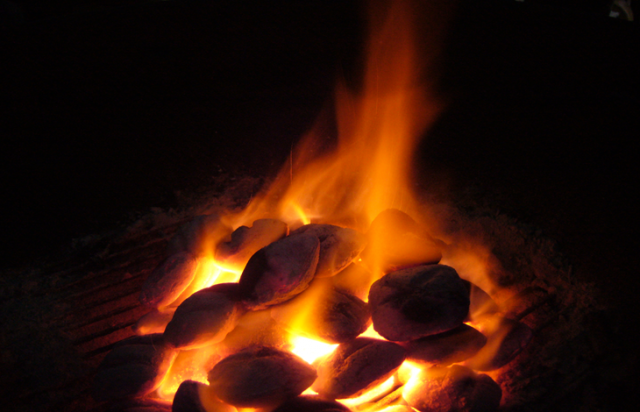 Recently, I noted that climate change skeptics who also acted as their states’ attorneys general warned their environmental activist counterparts that plans were being made to “fight fire with fire.”

In a way, the pushback has already begun. About one month ago, thirteen Republican members of the Science, Space, and Technology Committee Republicans sent letters to 17 state attorneys general and eight environmental groups requesting documents related to the groups’ coordinated efforts to deprive companies, nonprofit organizations, scientists and scholars of their First Amendment rights and their ability to fund and conduct scientific research free from intimidation and threats of prosecution.

This congressional committee has turned up the heat even more. It is now delving into eco-activism at the federal level by requesting records of the communications between employees for the state attorneys general and the Justice Department, the Environmental Protection Agency, or the White House.

In other words, the Usual Suspects.

“The committee intends to continue its vigorous oversight of the coordinated attempt to deprive companies, nonprofit organizations, and scientists of their First Amendment rights and ability to fund and conduct scientific research free from intimidation and threats of prosecution,” the letters say.

The top state law enforcement officials on the receiving end are given until the close of business June 24 to provide the House committee with “all documents and communications” between their offices and environmental activist groups pertaining to their potential prosecution of nonprofit groups, companies, and individual scientists for not toeing the official line on global warming.

Vermont Attorney General William Sorrell received one of the House committee’s request letters. Sorrell and Assistant Attorney General Scott Kline also are now the target of a lawsuit to force them to turn over documents from private email accounts that discuss climate change “deniers.”

The complaint, filed by attorneys for the Energy and Environment Legal Institute and Free Market Environmental Law Clinic, says a request for documents was made on May 10 but not responded to by the extended deadline of May 24 — the longest extension allowable under Vermont law.

It seems that Sorrell is into energy conservation big-time! His group has been slow walking the documents requested at such a glacial pace, the law groups decided to act.

When we first submitted a public records request to Vermont in March, they seemed to follow the letter of that state’s freedom of information law, promptly turning over relevant documents in a very timely manner,” said David W. Schnare, E&E Legal General Counsel. “The enormous fallout from those revelations has, unfortunately, been followed by slow-walking of other requests in Vermont, and state after state where their attorney general is involved in this conspiracy to stop dissent using RICO statutes. Earlier correspondence between Vermont and New York’s attorney generals’ offices suggests they are facing pressure to not follow their own laws in order to keep secret public documents the public has a right to see.”

It seems the only thing transparent with eco-activists is their contempt for anyone who doesn’t believe in “settled science.”

Let’s hope our skeptical representatives keep turning on the heat, and this isn’t a showing of “Mystery Science Theater 2016”, designed to keep conservatives entertained and distracted.

Not a lot more to say Leslie, you pretty much cover it all.
Let’s indeed hope it’s not just another GOP false flag operation.

Some good news has come out of the State of Wyoming.. A federal district judge in Cheyenne has ruled the fracking regs that the Obama admin put in place are unconstitutional, thus fracking can be used in Wyoming and surrounding states.

I used to believe in Environmentalism, but now I see it’s more religion than science. I believe in conservation, for preserving and improving human environments, but I won’t worship Gaia.

Any of us that came up as Boy Scouts hold the value that we leave a place better than we found it.

That is a very typical conservative attitude.

If you’re leaving the place better than you found it, then by definition you’re changing it, which to the Gaia-worshipers means making it worse.

By “better” I’m pretty sure you mean “more suited for human use”, which depends on the underlying belief that value exists only in human heads, and therefore a thing is valuable only to the extent that humans can benefit from it. Gaians, however, believe that things have objective value, and that humans destroy that value for their own benefit.

Put another way, the world was made for humans. Gaians, however, believe that we exist for the Earth’s sake, and that we’re the source of all evil.