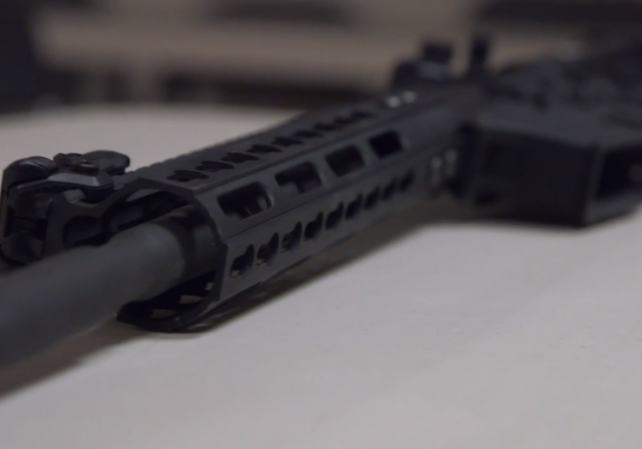 Shiloh Gun Range in Houston, Texas has opened their doors to members of the LGBTQ community who want to learn how to defend themselves.

What started as an idea to hold a concealed carry class or two for members of the gay community rapidly ballooned into close to 300 class registrants and more emails and phone calls than the range can keep up with.

One look at his hole-filled paper target and you can see Ryan Thomas is a great shot. He has had his concealed handgun license for two years. Thomas also happens to be gay.

After Sunday’s shooting, he had an idea. He wanted to make sure his LGBT brothers and sisters were protected.

Thomas talked to his friends at the Shiloh Gun Range in northwest Harris County. They are offering free CHL classes to the LGBT community.

Sanford said the offer was not about marketing. He said it was about making an oftentimes vulnerable community feel protected.

“We wanted to reach out to them and say hey, we might not totally understand what’s going on, but we feel for you and this is what we can do to help you out,” Thomas said.

The range’s owner said the response has been the same across the board — many LGBTQ consumers have always wanted to get a gun and a concealed carry license, but never thought they’d be welcome in the gun-loving community. “They’re not arming themselves because they feel like they’re not going to be welcome in our places,” explained Jeff Sanford, “so this gives them the opportunity to finally do that, to finally get armed.”

“This is a very vocal, very passionate 3.8% of our population and we need to take these people and bring them into the fold,” said Sanders. “We need their advocacy; we need every bit of second-amendment advocacy we can possibly get right now.”

Blogger Erin Palette had an idea to compile a list of instructors and ranges nationwide who are willing to introduce and train members of the GLBT community in firearms safety and use — including concealed carry licenses — many for free or reduced prices:

There’s a continually-updating Google Map there. Spread the word.

Self defense. Self reliance. Voluntary cooperation. All conservative principles.

Life is conservative. It just take longer for some people to figure it out than it does others.

This is exactly the kind of response I would expect from Texans.

This is great. If for no other reason than the probability that it will make more than just a few lib heads explode.

And watching lib heads explode is a great spectator sport.

I think this is excellent, but I would also love to see a similar outreach by “Mixed Martial Arts” enthusiasts.

Yes, I know that boxing/karate/wrestling techniques would not have been of use in the Orlando attack — in some scenarios, only a gun will do — but I believe from personal experience that learning basic principles of unarmed hand-to-hand sparring can be *psychologically empowering* as well as useful. Yet that same fear of “not being welcomed because I’m gay” probably discourages a lot of LGBTQ people from giving combat sports a try.

I lived in the SF Bay Area my entire life until four years ago.

I know the answer.