From the Vault: Red Skelton’s Pledge of Allegiance

From the Vault: Red Skelton’s Pledge of Allegiance 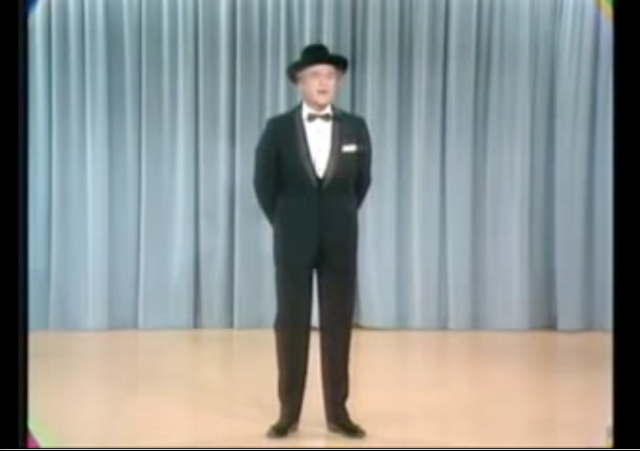 In 1777, the American flag was adopted by our Second Continental Congress. In 1916, President Wilson issues a proclamation officially requesting June 14 be a day celebrating, “emblem of the Union.”

I therefore suggest and request that throughout the nation and if possible in every community the fourteenth day of June be observed as FLAG DAY with special patriotic exercises, at which means shall be taken to give significant expression to our thoughtful love of America, our comprehension of the great mission of liberty and justice to which we have devoted ourselves as a people, our pride in the history and our enthusiasm for the political programme of the nation, our determination to make it greater and purer with each generation, and our resolution to demonstrate to all the world its, vital union in sentiment and purpose, accepting only those as true compatriots who feel as we do the compulsion of this supreme allegiance. Let us on that day rededicate ourselves to the nation, “one and inseparable” from which every thought that is not worthy of our fathers’ first vows in independence, liberty, and right shall be excluded and in which we shall stand with united hearts, for an America which no man can corrupt, no influence draw away from its ideals, no force divide against itself,-a nation signally distinguished among all the nations of mankind for its clear, individual conception alike of its duties and its privileges, its obligations and its rights.

Old Glory remains a powerful symbol of freedom, liberty, and the greatest country God ever gave to mankind.

Seems only appropriate that we celebrate this Flag Day with a 1969 sketch from Red Skelton. Skelton re-enacted a school teacher that suggested his class’s recitation of the Pledge of Allegiance had grown stale.

Wilson started Flag Day so his doing so is relevant to the fact that it’s well, Flag Day. Can we not appreciate that a day was set aside to commemorate one of the greatest symbols of freedom in modern civilization without it being overly politicized?

Well, I guess YOU can. I can’t join you in flacking the words of one of the MOST evil, worst POTUS ever.

The prototype of Collectivists in the U.S., and a true racist bastard.

But, hey, don’t let me harsh your flag-waving!

Kemberlee thanks for posting Red Skelton, Pledge of Allegiance

Right? I thought so too. And you’re welcome 🙂

I will be so glad when this election is over, and unobjectionable posts can be put up without drawing unreasonable, overly personal, off-point and nasty criticism.

Right there with you, Valerie.

Kemberlee, Rags is obviously duped himself. Quoting someone is the same as speaking approvingly? Ridiculous.

Wilson was a BIG booster of “patriotism”. Very like other Collectivists of his day and shortly thereafter. Both here and abroad.

BIG flag-waver. Look up some photos the the big KKK rallies in DC. You’ll see whole legions of American flags in the vanguard.

If you read, you’ll take the ironic Wilsonian invocation of “Let us on that day rededicate ourselves to the nation, “one and inseparable” from which every thought that is not worthy of our fathers’ first vows in independence, liberty, and right…”

He HATED the Constitution and the founding principles of the country. He also HATED immigrants he didn’t think were appropriately “pure”, including (but not limited to) Catholics and Germans.

The nasty post is way over the top.
For gods sake it’s a post about flag day!

We can not have a posting about flag day without nasty comments?

My head is exploding…………
So sorry it happened.

Since Kemberlee is a NeverTrumper (who I confused with Leslie…DOH!)…

you must be referring to this…

Americans will fly the flag today.

Michelle O will curse, Barry O will choose his word salad carefully and Trumps will hoist the Ivanka scarves made in China and not yet recalled.

Can’t help but think that Red Skelton’s Pledge of Allegiance performance would be considered ‘hate speech’ by the delicate little snowflakes on college campuses.

I saw this video a couple of years ago. This is the America I remember and want to see return. No blowing horns, no in-your-face rhetoric, no look-at-me personalities. A very simple, humbler American (who by the way never completed High School) giving a very stirring and heart-felt tribute to what was the greatest country this world has ever seen.

Maybe, one day my great-grandchildren will look back and ask: “Why did two generations of Americans laugh at what that man said?”