9-year old Palestinian boy: “When I grow up, I want to be just like him” 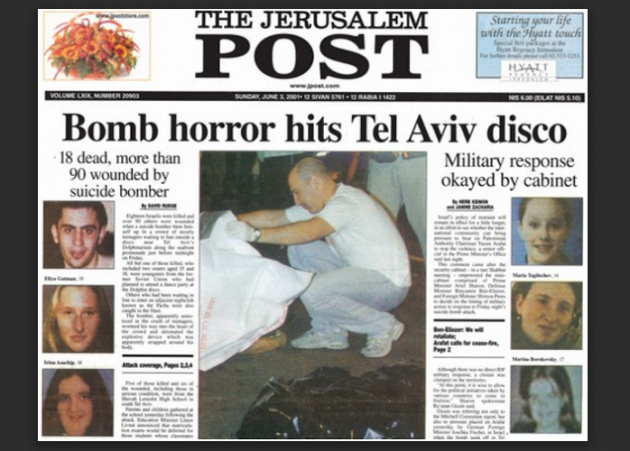 It’s a word that brings chills to those who have lived through or studied the Second Intifada, the murderous suicide bombing campaign targeting Israeli civilians.

Much like the Sbarro Pizza suicide bombing and the Park Hotel Passover suicide bombing, not to mention suicide bus bombings like Haifa Bus 38. Just a few of the more notorious attacks on a very long list of attacks on Israeli civilians starting in 2001.

The carnage only ended after the security barrier was built and Israel launched an intensive military operation in Judea and Samaria (the “West Bank”). And after almost 1000 Israeli civilians died.

You can’t understand the current Israeli political outlook without understanding the Second Intifada. I’ve heard so many times it was the event that soured so many Israelis on the Oslo Peace process. After all, we now know that the Second Intifada was a planned assault launched by Yasser Arafat after he couldn’t bring himself to say Yes to generous peace offers at Camp David an after.

15 years ago, on June 1, 2001, a Palestinian suicide bomber killed 21 young Israelis outside the Dolphinarium disco.

The Israeli Ministry of Foreign Affairs website details the carnage:

21 people were killed and 120 were wounded when a suicide bomber blew himself up outside a disco near Tel Aviv’s Dolphinarium along the seafront promenade just before midnight on Friday, June 1. The terrorist mingled with a large group of teenagers, who were standing in line to enter the disco. While still in line, he detonated the explosives strapped to his body. The explosive charge contained a large number of metal objects – including balls and screws – designed to increase the extent of injuries.

Most of those killed were youngsters from the former Soviet Union who had planned to attend a dance party at the Dolphin disco. Others who had been waiting in line to enter an adjacent nightclub known as the Pacha were also caught in the blast. The ‘Palestinian Hizbullah’ claimed responsibility for the attack.

In the wake of the bombing, the IDF tightened its closure on the West Bank and Gaza Strip, and security officials called on all Palestinian workers inside Israel to immediately return to their homes in the territories.

17 people were killed immediately in the suicide bomb attack, and 4 died subsequently from their wounds. 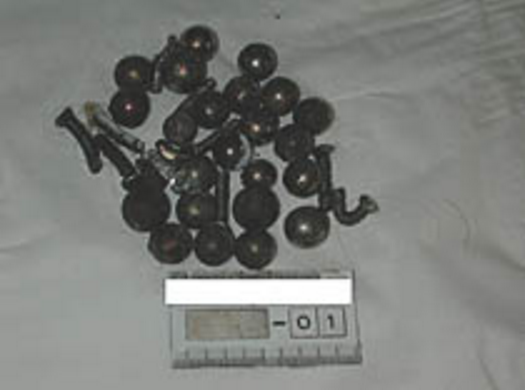 [Balls and screws removed from the bodies of the victims. They were added to the explosive charge in order to increase the lethality of the injuries][Credit: IDF Spokesman]

The Guardian reported at the time on the killer:

The suicide bomber was an observant Muslim who moved to the West Bank two years ago in search for a better job, his father said yesterday.

Saeed Hotari, 22, one of nine children from a poor Palestinian family living in Jordan, is believed to be the man who killed himself and 19 Israeli teenagers in a Tel Aviv disco on Friday. This has not yet been confirmed officially.

“I am very happy and proud of what my son did and I hope all the men of Palestine and Jordan would do the same,” Hassan Hotari said yesterday, with tears in his eyes. 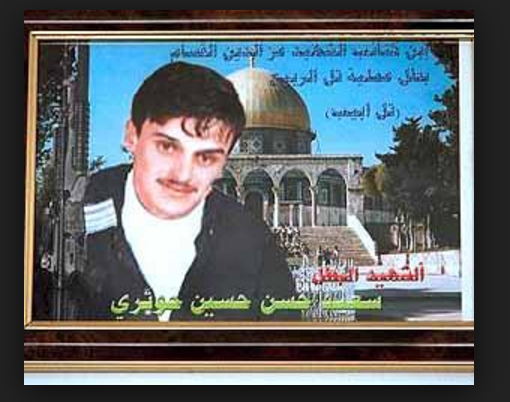 ABC News reported on how the killer was treated as a hero:

Although he has been condemned in much of the world as a murderous criminal, in the West Bank town of Kalkilia, at least, Saeed Hotari is a hero.

His face is plastered on posters everywhere. He’s a legend. The children, especially, idolize him.

“When I grow up, I want to be just like him,” said Hosni, a 9-year-old Palestinian boy.

But Hotari was not a rock star, famous athlete or a movie star. What makes him famous is what he did on the last night of his life — when he killed 21 people and himself at an Israeli disco….

After the attack, Hotari’s father Hassan was congratulated by the community.

“I am proud and I will never forget it until the last day of my life,” he said. “This kind of death is better than any other kind of death. Thanks to God.”

The younger Hotari was described by friends and relatives as devoutly religious, quiet and ordinary. And now, it is believed that as a martyr he is awarded a special place in heaven, the highest level of paradise, where some say 70 black-eyed virgins await him.

“The teaching of Islam tells you if you die for God, you don’t actually die,” said Sarraj. “In fact, you find in the last seconds of people acting this act, they smile.”

The names of the 21 victims are:

As with many of these events I document, there is a surprise.

Our friend and conservative blogger Gabriella Hoffman wrote a post at The Times of Israel in 2013, looking back at the bombing. She noted that one of Khutari’s victims was her cousin Simona Rudina (Rodin):

Shortly after the attack, my dad received a call from his cousins in Israel. We were in disbelief over the news that Simona had been killed.

Simona was the daughter of my dad’s second cousin Mark. My dad, his brother (my uncle), and his sister (my aunt) grew up with Mark in Vilnius, Lithuania, or the “Jerusalem of the North.”

Simona Rodin, 18, of Holon, was one of 21 people killed in a suicide bombing at a Tel-Aviv discotheque shortly before midnight on Friday night.

An only child, Simona immigrated to Israel from Russia 12 years ago with her father, Mark, and mother Ira. She attended the Kugel high school in Holon. Simona was a very sensitive and quiet girl, who was liked by all.

According to a cousin, Simona had told her she was going to Dolphinarium club she had not been to for five months. She went there with her best friend, Rita, who was severely wounded.

Simona was very close to her parents and was looking forward to serving in the army.

Simona was buried in the Yarkon cemetery in Tel-Aviv. 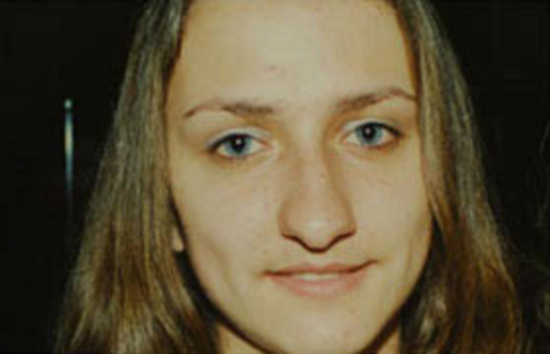 In what is an all-too-common post script, the Hamas commander who organized the bombing later was released in a prisoner exchange:

Fresh lilies are regularly laid at a monument by the Tel Aviv Dolphinarium bearing witness to an evening in 2001 when 21 Israeli teenagers were killed while queuing outside a nightclub. Another 132 were injured in the attack by Saeed Hotari, a young Palestinian suicide bomber affiliated with Hamas.

But last week flowers arrived more in protest than in sorrow. Husam Badran, the former head of Hamas’s military wing in the West Bank and instigator of the Dolphinarium attack, is expected to be among 477 Palestinian prisoners released on Tuesday in a deal to free Israeli soldier Gilad Shalit. A further 550 will be freed within two months.

“It’s surreal. It’s beyond belief,” said one young mother angrily as she looked at the monument. “I may be the only one against it, but no good deal sees the release of 1,000 killers. People say Netanyahu showed courage in agreeing to set them free, but I say he has given in to terrorism.”

I have reached the point where I believe that celebrations of mass murder should be treated as if they were military attacks on the country or countries of the deceased.

At minimum, they qualify as hate speech, and incitement to murder.

This was one of the first attacks of the second intifada, and one of the most savage. Most of the victims were teenage girls because the suicide bomber sought them out.
We usually talk about the murdered, but many of those who survived now live with disabilities.
I’m glad Israel takes terror seriously.