Branco Cartoon – In Your Face

Branco Cartoon – In Your Face 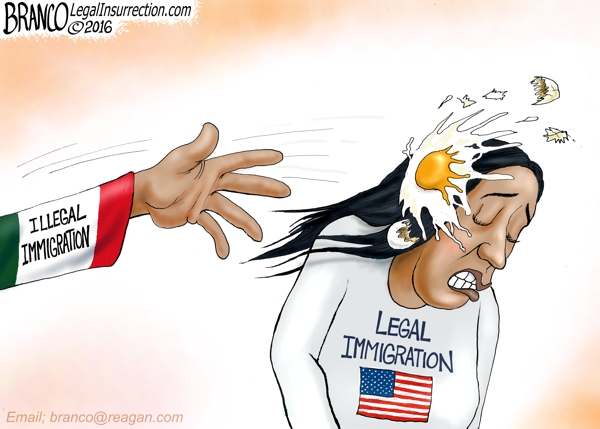 Degenerates at Vox and HuffPo have published tweets and op-eds encouraging people to riot against Trump. Democrats are not denouncing it unless asked and then only tepidly, usually blaming the conduct of their supporters on Trump.

Democrats are supporting illegal immigrants who are waving Mexican flags, burning American flags, and committing violence against Americans. Social cohesion is fragile. It seems to me that some anti-Trump people literally want a civil war. So do some on the “alt-right”. We may get one, or we may return to the race riots and turmoil of the ’60s. Especially if Trump is elected or the economy goes into recession again. Ferguson and Baltimore may just be the beginning.

The Left can only exist through violence and ignorance, thus they have to encourage or at time create it.

That egg hits the citizen as well. Following the law is for chumps.