…for an old hatred. 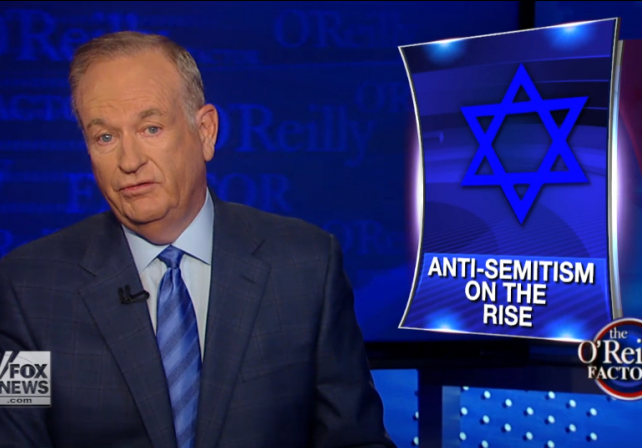 Not long after being introduced to the internet about 20 years ago, I realized that despite the internet’s many wonders, anti-Semitism was also rife online. The internet gave this old hatred with a long pedigree new and sturdy legs.

Do a search for some topic connected with the Holocaust, for example, and pretty quickly you’ll encounter the manifold Holocaust deniers and websites devoted to spreading anti-Semitic lies about all manner of Jewish things and all points of Jewish history. These sites are slick, numerous, and wide-reaching, and I have little doubt that they have increased the number of anti-Semitic people in the world who are firmly convinced that they are privy to the truth about Jews.

Which brings us to the current campaign season, and the modern spread of anti-Semitism. I only heard of the following for the first time yesterday, via a commenter on my blog (see this), but then I saw that today there’s a NY Times article about the phenomenon:

The Anti-Defamation League added a new symbol this week to Hate on Display, its database of prominent white supremacist imagery. It’s called the “echo,” and it is used online to call attention to Jewish names in the news.

The symbol originated in 2014 on an anti-Semitic podcast, “The Daily Shoah,” which applied a novelty sound effect to Jewish names that made them echo ominously.

That practice then spread to blogs and Twitter, where the podcast’s creators and fans created a visual translation of the echo sound effect by placing three sets of parentheses around a Jewish name, like (((Cohen))) or (((Goldberg)))…

This is how a hate symbol rises in 2016: A podcast sound effect becomes a Twitter meme and a browser extension before it finally slithers into the physical world.

The “echo” is the first officially recognized symbol to emerge from the “alt-right,” a movement of white-and-proud extremists who are as obsessed with cultural memes as they are with white nationalism. They play fast and loose with white supremacist iconography, remixing it with pop culture and the sardonic tone of internet subculture. Their regressive message, cloaked in an ultramodern skin, is being spread online to a new generation of race warriors.

Of course, the alt-right is not solely composed of anti-Semites and white supremicists. But it is folly to ignore the fact that there is a sizable proportion of the alt-right that does fit that description. Many people have an image of white supremicist anti-Semites as a bunch of inarticulate thugs, unsophisticated and not all that bright. Untrue; plenty of them are very knowledgeable about human behavior, just as they were in Nazi Germany. They may prey on the unsophisticated at times, but this is a polished, clever group that is especially internet-savvy.

They are also characterized by the left as being of “the right.” But they are not actually of the right—that’s why they call themselves the “alt-right.” They want to displace and then replace the current right by growing their own power and influence.

It’s not just that the sizable proportion of AltRight are anti-Semites or otherwise racists, but that those in the AltRight who themselves are not racist consider racism a small flaw and are very comfortable among the bigots.
AltRigt’s #1 enemy is the conservative movement, not blacks or Jews or what not.

I was shocked a couple of weeks ago when a college graduate with a degree in womens studies from a major state university began telling me about all the contributions “Dr. Mengele” had made to the field of genetics. This was an attractive, reasonably articulate woman in her 20s, a bit of a treehugger but no Nazi paraphernalia or hints of the evil or ignorance that lurked within.

“But he was a Nazi. He tortured his research subjects with fanatical cruelty. His experimental design was flawed.” I said in shock.

She responded matter-of-factly that he was one of the world’s great scientists.

“My God”, I thought, “What kind of offensive rubbish are they teaching these days?” The conversation was ended by work demands. But this story is entirely true and underlines the points made by neo-neocon. Whether alt-right or Bernie-left, there is an alarming resurgence in hatred for Jews. And it no longer wears coke bottle glasses and SS tats.

AltRight with PhD in physics…
I used to know would-be AltRight who hang out in Goth clubs in San Francisco in the 90’s occasionally getting lucky. Never suspected that they’d actually be seriously that warped because everyone else was some kind of South Park liberal.
Banality of evil, I suppose. They try to sell themselves as well-rounded and, oh, don’t judge them for just being little Hitler devotees.

Such a horrible view just heightens the truth of Reagan’s thoughts on freedom.

“Freedom is never more than one generation away from extinction. We didn’t pass it on to our children in the bloodstream. It must be fought for, protected, and handed on for them to do the same, or one day we will spend our sunset years telling our children and our children’s children what it was once like in the United States where men were free.”

To think that the Holocaust ended just over 70 years ago makes attitudes like this mind boggling.

There was some fool around here whose moniker I don’t recall chanting about how “movement conservatives” were passe’.

I guess he was one of these pukes. I never got to smoke him out.

You spare with somebody the other day. There is also one character under the moniker of “Nordic Prince” selling himself as the voice of the blue collar Chicago police and also posting ostensibly high brow comments about the academia. His comments are very popular.
Where did all come from all of a sudden? It’s not a Twitter explosion via an algorithm.

Nordic Prince is a real…and pretty old…poster of solid antecedents. I’d vouch for him. I just did!

Ah, those demonic parentheses. Sometimes I think that self-serving victimization does not just exist on the left. Those on the right can whine as well as anyone that people are saying mean things sbout them. And perhaps claims of anti-semitism are just as roundly abused as other claims of bigotry to silence speech. Why must be only speak of the Jews to praise them?

I’d suggest that the core of bigotry comes from ascribing attributes to a group instead of individuals. And using a term like “the Jews” is a perfect example of it.

Don’t think for a moment that most readers here don’t recognize exactly where your comment is coming from.

One other signal I see in comments is the word “cohencidence” to describe events that the comment-maker ascribes to Jews.

The vast majority of anti-semitism derives from Islam and the left who has seized on Muslims as the next victims of “racism”. The true Islam was on display Sunday in Orlando. That’s what Islam demands of Muslims and what they will do to every Jew in Israel give the opportunity. Obama and Hillary gave Iran the ability to do just that with their “Help Iran Build Nuclear Weapons and ICBMs” treaty.